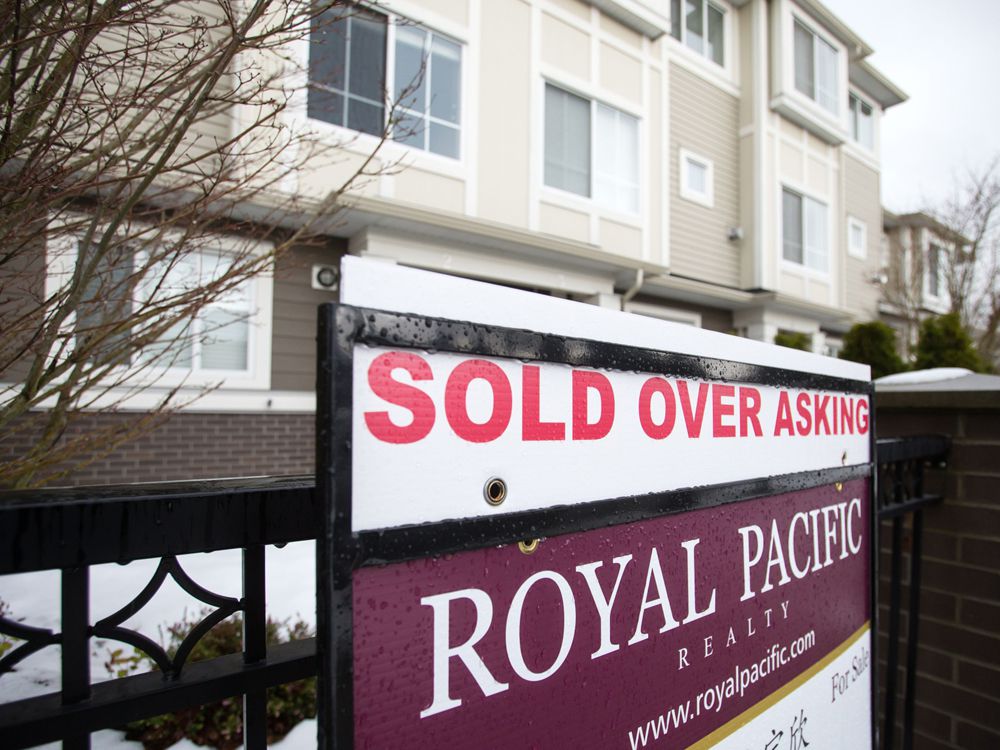 In Canada’s housing market, scant supply is often fingered as the culprit for soaring prices, but a research report from one of the country’s big banks suggests new listings are strong, it’s just that demand is far stronger.

For the last six months, on average, new listings have been coming to market 10 to 15 per cent faster than pre-pandemic levels, according to the report by Bank of Montreal senior economist Robert Kavcic. At the same time, home purchases have gone up about 50 per cent, he said.

“It’s pretty clear there’s not a supply problem here on the resale market,” Kavcic told the Financial Post. “We are getting plenty of supply by historical standards, it’s just getting completely vapourized by demand.”

The report, published Tuesday, adds fuel to a raging debate about whether the government should enact policy changes to cool a housing market that has seen prices jump 25 per cent from last year.

Kavcic is one of those who have come out to say policymakers need to act.

In a report released last week, Kavcic suggested several options, including banning blind bidding, imposing a speculation tax and allowing a capital gains tax on non-primary residences. However, he told the Post the most effective fix would be the central bank raising interest rates.

It’s a tricky solution, he acknowledged, as the Bank of Canada sets interest rates to target the economy as a whole, not just one sector, such as housing.

But given the unprecedented level of financial stimulus being provided by government, there might be room to make an exception.

“You can argue that because fiscal policy has stepped in so aggressively, maybe monetary policy can back off a little bit,” Kavcic said. He added that because the central bank has signalled it could be a couple years before rates rise again, people will expect housing prices to continue climbing.

“The prices are the market’s way of telling us that interest rates are too low,” he said.

Royal Bank of Canada senior economist Robert Hogue in a March report also called for intervention, arguing that housing policy should be reviewed in a more holistic way by either boosting supply, discouraging speculative activity or tightening mortgage-lending rules.

Benjamin Tal, deputy chief economist at Canadian Imperial Bank of Commerce, meanwhile, recently argued that raising interest rates is not the way to go as it can affect other parts of the economy.

“As a society, we have never been so sensitive to the risk of higher interest rates,” Tal told the Post last week. “If we raise interest rates right now, do you know where the dollar will go? To parity. That will kill our exports.”

Rather, because demand is so high, governments should make it easier to increase the overall supply of housing, but Tal stopped short of listing concrete proposals.

The Bank of Nova Scotia also suggested this week that government should hold off on intervening to see how new spring listings could potentially close the supply and demand gap.

“We need to build more and the solution is to facilitate rule changes on how difficult it is to build new homes and condominiums,” he said, adding that all levels of government need to work together.