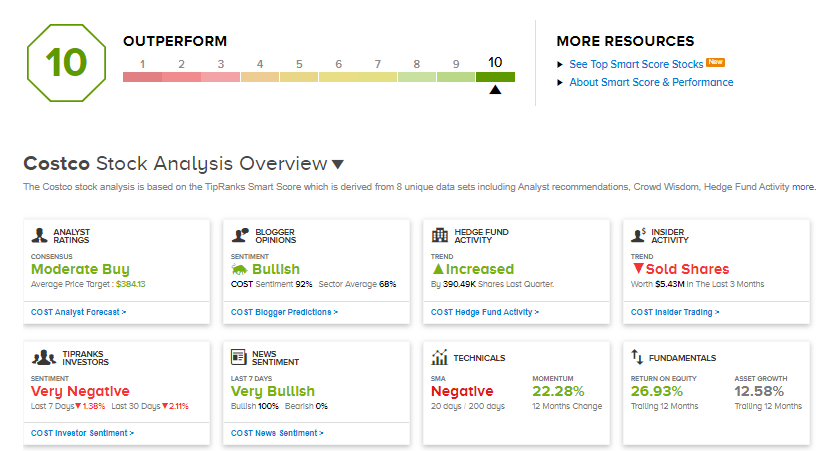 However, Costco’s (COST) e-commerce platforms saw a comparable sales jump of 54.5% and 75.9% for five and thirty-one weeks, respectively.

Following the March sales results, Oppenheimer analyst Rupesh Parikh raised the price target from $370 to $400 and assigned a Buy rating on the stock. Parikh said, “Two-year global comp trends remained steady at an adjusted 25.2% in March vs. 24.0% in February. US-stacked comp trends also accelerated to an adjusted +25.4% in March from +21.9% in February. We suspect US trends, similar to others, likely benefited somewhat from recent government stimulus, but it is difficult to quantify precisely.”

Overall, the rest of the Street has a bullish outlook on the stock, with a Strong Buy consensus rating based on 14 Buys and 4 Holds. The average analyst price target of $384.13 implies upside potential of approximately 7% to current levels. Shares have gained about 9.2% over the past month.