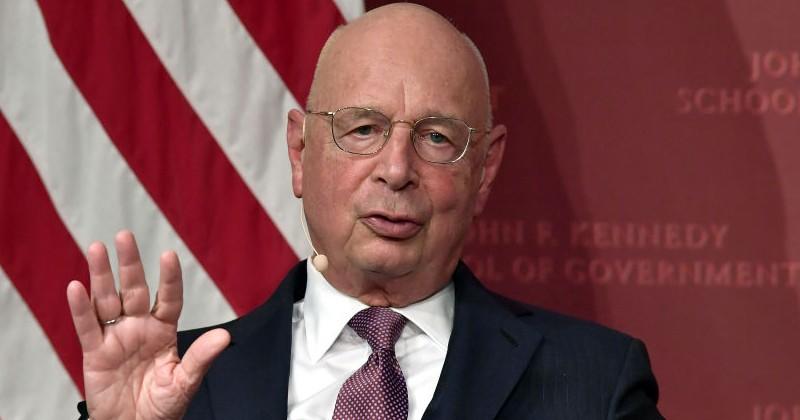 Globalist Klaus Schwab made it clear that transhumanism is an integral part of “The Great Reset” when he said that the fourth industrial revolution would “lead to a fusion of our physical, digital and biological identity,” which in his book he clarifies is implantable microchips that can read your thoughts.

As we highlighted earlier, “The Great Reset” is attracting a deluge of fresh attention in the aftermath of the coronavirus pandemic, which Canadian Prime Minister Justin Trudeau said was an “opportunity for a reset.”

The agenda is primarily based around dismantling the current capitalist system in favor of greater centralized technocrat rule which will lead to lower living standards, less fuel consumption, fewer civil liberties and the accelerated automation of jobs.

However, another key aspect to “The Great Reset,” or the “fourth industrial revolution” as Schwab calls it, is merging man with machine.

“What the fourth industrial revolution will lead to is a fusion of our physical, digital and biological identity,” Schwab told the Chicago Council on Global Affairs.

KLAUS SCHWAB: "The Fourth Industrial Revolution will lead to a fusion of our physical, digital and biological identity" #TheGreatReset #4IR pic.twitter.com/1ZjrP7F8RQ

Schwab went on to explain how his book, ‘Shaping the Future of The Fourth Industrial Revolution’, was particularly popular in China, South Korea and Japan, with the South Korean military alone purchasing 16,000 copies.

In the book, Schwab explains with excitement how upcoming technology will allow authorities to “intrude into the hitherto private space of our minds, reading our thoughts and influencing our behavior.”

He goes on to predict that this will provide an incentive for law enforcement to implement Minority Report-style pre-crime programs.

“As capabilities in this area improve, the temptation for law enforcement agencies and courts to use techniques to determine the likelihood of criminal activity, assess guilt or even possibly retrieve memories directly from people’s brains will increase,” writes Schwab. “Even crossing a national border might one day involve a detailed brain scan to assess an individual’s security risk.”

Schwab also waxes lyrical about the transhumanist utopian dream shared by all elitists which will ultimately lead to the creation of human cyborgs.

“Fourth Industrial Revolution technologies will not stop at becoming part of the physical world around us—they will become part of us,” writes Schwab.

“Indeed, some of us already feel that our smartphones have become an extension of ourselves. Today’s external devices—from wearable computers to virtual reality headsets—will almost certainly become implantable in our bodies and brains.”

Schwab also openly endorses something the media still claims is solely a domain of discussion for conspiracy theorists, namely “active implantable microchips that break the skin barrier of our bodies.”

The globalist hails the arrival of “implanted devices (that) will likely also help to communicate thoughts normally expressed verbally through a ‘built-in’ smartphone, and potentially unexpressed thoughts or moods by reading brain waves and other signals.”

So in other words, the “fusion of our physical, digital and biological identity” relates to the transhumanist singularity and a future where people have their every movement tracked and every thought read by an implantable microchip.

It isn’t a “conspiracy theory” when they’re openly telling you what they want to do.

In the age of mass Silicon Valley censorship It is crucial that we stay in touch. I need you to sign up for my free newsletter here. Also, I urgently need your financial support here.

Related Topics:aggregatedChinaJapanSouth Korea
Up Next

Phillips 66 or Valero Energy: Which Stock Is The Better Energy Play?