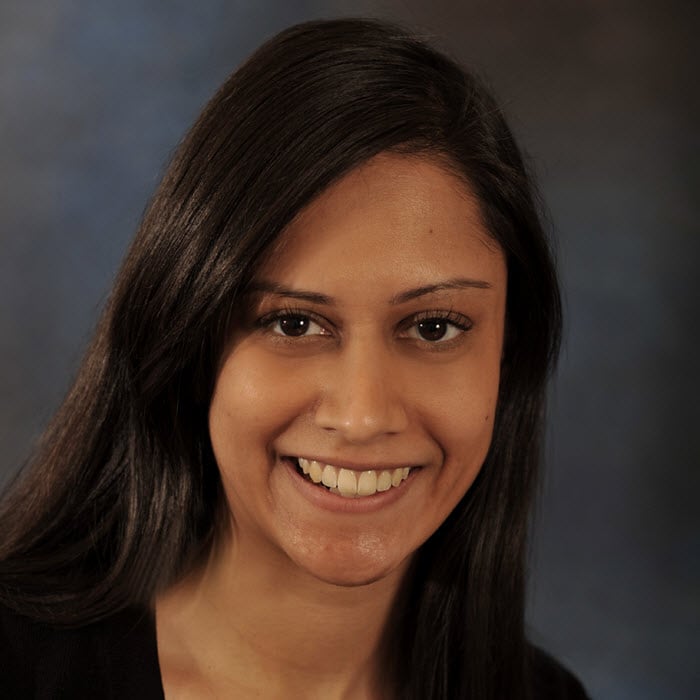 Since 2010, Deloitte has been tracking the return on investment that a handful of top biopharma companies might expect to see from their late-stage assets. Last year, the company noted “seeds of change” following a six-year decline in average internal rate of returns.

Deloitte’s latest report indicates the trend has continued this year, as projected R&D returns have risen from 2.7% to 7%, the largest annual increase since the study began in 2010.

“We had expected an uptick in the IRR this year because of the COVID vaccines and therapies,” Sonal Shah, senior manager for the Deloitte Center for Health Solutions, told Endpoints News. “But the fact that when you actually exclude them, you still see an increase, and we see this decrease in R&D costs as well as a decrease in cycle time was surprising to me.”

When calculating IRR, Deloitte takes into account a company’s total R&D expenditure for bringing assets to launch, plus a forecast estimate of the future revenue that these assets could expect to earn following launch.

Alongside an increase in peak sales forecasts, Deloitte noted that the cost to bring an asset to market has declined over the last three years, which it attributes to “novel trial designs and improvements in efficiency through the digitalisation of drug discovery and development.” It’s also, in part, due to “very high” sales forecasts for the companies’ Covid-19 assets and one high-value late-stage neurological asset.

“This is a big reversal, after almost a decade-long decline in returns on innovation. So the fact that that turnaround is happening in spite of Covid is really exciting,” Shah said.

While the average cost to develop an asset, including cost of failure, was at $2.376 billion in 2020, that figure decreased slightly to $2.006 billion in 2021, according to Deloitte. However, that decrease is mainly due to an increase in the number of assets in the late-stage pipeline. And it’s still quite an increase from the average cost in 2013, which measured in at $1.296 billion.

Deloitte did note an increase in trial efficiency, largely due to the rapid development of Covid candidates. The company reported that Phase III trials for Covid assets were 3.7 times faster than non-Covid infectious disease trials.

“Nevertheless, despite the dip, the overall cycle time for combined cohort continues to remain above 2019 levels, reinforcing the need to optimise processes or fundamentally change the drug development paradigm,” the report states.

“We’re seeing higher-value programs, lower expense, and ultimately more productivity for the industry,” Shah said. “And a lot of that I’ll say reflects the investments the industry has been making over the last several years in terms of digital technologies, really looking at decentralized trials and more effectively and efficiently running clinical trials.”

UK “Closest Of Any Country” To Exiting COVID-19 Pandemic: Expert

Six Stocks to Buy for Profiting Amid 2022 Challenges

On April 28, 2022, Virios Therapeutics, Inc. (NASDAQ: VIRI) announced that it has completed enrollment of 425 fibromyalgia patients into the Phase 2b FORTRESS (Fibromyalgia Outcome Research Trial Evaluating Synergistic Suppression of Herpes Simplex Virus-1) trial, a randomized, double blind, placebo controlled study of IMC-1. The primary endpoint of the trial is reduction in pain and secondary endpoints include change in fatigue, sleep disturbance, global health status, and patient functionality (NCT04748705). An outline of the trial is shown below.

In parallel with the FORTRESS trial, Virios is continuing the chronic toxicology studies of IMC-1 in two animal species. The results of these studies are required by regulators before Virios will be allowed to dose patients for one year or more, which is the plan for the Phase 3 program. The results of the chronic toxicology studies should be known around the time of the completion of the FORTRESS trial, thus the company should be able to move into a final Phase 3 program following completion of the current study, pending positive results.

Testing Combination Antiviral Therapy for the Treatment of Long COVID

In February 2022, Virios announced a collaboration with the Bateman Horne Center (BHC) to test combination antiviral therapy for the treatment of Long COVID. Following an infection with SARS-CoV-2, the virus that causes COVID-19, approximately 30% of patients will experience symptoms that last for weeks or months, which is referred to as Long COVID. The range of symptoms varies from patient to patient, however the most commonly reported (from a recent meta analysis) were fatigue (58%), headache (44%), attention disorder (27%), hair loss (25%), and dyspnea (24%) (Lopez-Leon et al., 2021).

Hamilton, ON (May 17, 2022) – McMaster University researchers have found not only how some viral infections cause severe tissue damage, but also how… 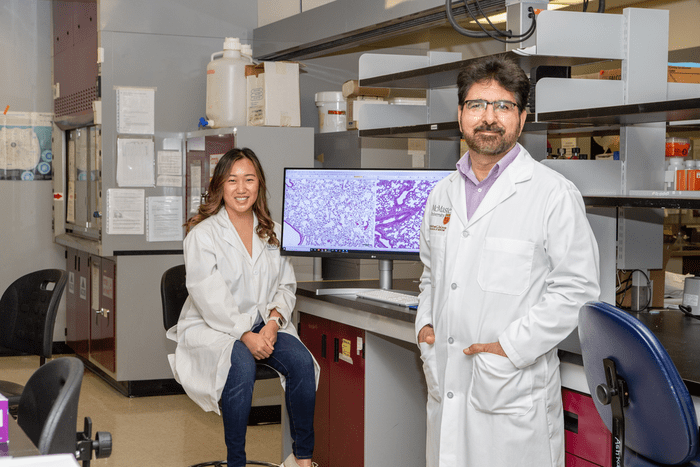 They have discovered how Type I interferon (IFN) stops the immune system ‘going rogue’ and attacking the body’s own tissues when fighting viral infections, including COVID-19.

Their paper was published in the journal PLOS Pathogens today.

“What we have found is that it is also critical to stop white blood cells from releasing protease enzymes, which can damage organ tissue. It has this unique dual function to kick start an immune response against a viral infection on the one hand, as well as restrain that same response to prevent significant bystander tissue damage on the other,” he said.

The research team investigated IFN’s ability to regulate a potentially dangerous immune response by testing it on both flu and the HSV-2 virus, a highly prevalent sexually transmitted pathogen, using mice. Data from COVID-19 patients in Germany, including post-mortem lung samples, was also used in the study.

“For many viral infections, it is not actually the virus that causes most of the tissue damage, it is our heightened immune activation towards the virus,” said Ashkar, a professor of medicine at McMaster.

First co-author of the study and PhD student Emily Feng said: “Our body’s immune response is trying to fight off the virus infection, but there’s a risk of damaging innocent healthy tissue in the process. IFNs regulates the immune response to only target tissues that are infected.

“By discovering the mechanisms the immune system uses that can inadvertently cause tissue damage, we can intervene during infection to prevent this damage and not necessarily have to wait until vaccines are developed to develop life-saving treatments,” she added.

“This applies not just to COVID-19, but also other highly infectious viruses such as flu and Ebola, which can cause tremendous and often life-threatening damage to the body’s organs,” said first study co-author Amanda Lee, a family medicine resident.

Ashkar said the release of harmful proteases is the result of a ‘cytokine storm’, which is life-threatening inflammation sometimes triggered by viral infections. It has been a common cause of death in patients with COVID-19, but treatment has been developed to prevent and suppress the cytokine storm.

Ashkar said that steroids like dexamethasone are already used to rein in an extreme immune response to viral infections. The authors used doxycycline in their study, an antibiotic used for bacterial infections and as an anti-inflammatory agent, inhibits the function of proteases causing the bystander tissue damage.

Lee added: “This has the potential in the future to be used to alleviate virus-induced life-threatening inflammation and warrants further research.”

The study was funded by the Canadian Institutes of Health Research.

Pictures of Ali Ashkar and Emily Feng may be found at https://bit.ly/3wmSw0D

authors have declared that no competing interests exist. 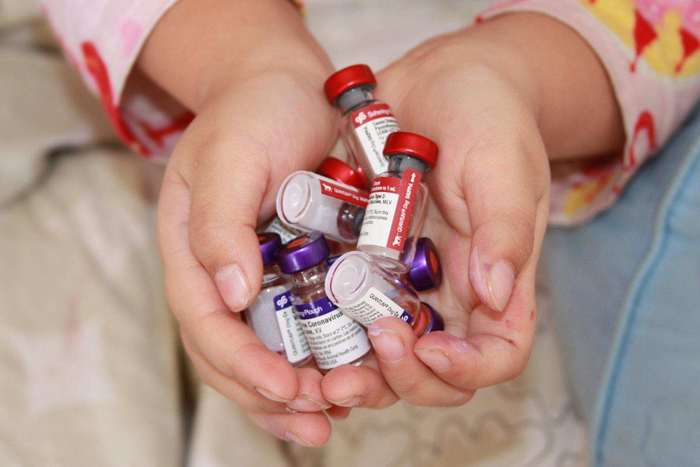 By March 2022, COVID-19 had caused over 450 million confirmed infections and six million reported deaths. The first vaccines approved in the US and Europe that protect against serious infection are Pfizer-BioNTech and Moderna, which deliver genetic code, known as mRNA, to the bodies’ cells, whereas Oxford/AstraZeneca and J&J/Janssen are viral vector vaccines that use a modified version of a different virus — a vector — to deliver instructions to our cells. Three vaccines are delivered as two separate injections a few weeks apart, and J&J/Janssen as a single dose.

Four weeks after the initial two doses, antibody responses to the original SARS-CoV-2 viral strain were highest in recipients of Moderna, followed closely by Pfizer-BioNTech, and were substantially lower in those who received viral vector vaccines. Tested against the VOCs – Alpha, Beta, Gamma, Delta and Omicron – neutralizing antibodies were higher in the mRNA vaccine recipients compared to those who had viral vector vaccines. The ability to neutralize VOCs was reduced in all vaccine groups, with the greatest reduction against Omicron. The Pfizer-BioNTech booster increased antibody responses in all groups with substantial improvement against VOCs, including Omicron.

The researchers caution that their AstraZeneca group was significantly older, because of safety concerns for the vaccine in younger age groups. As immune responses tend to weaken with age, this could affect the results. This group was also smaller because the Dutch government halted use for a period.

In your coverage, please use this URL to provide access to the freely available paper in PLOS Medicine:

The New Rift Between WHO And China

Vaccinia virus MacGyvers a makeshift tool to repair its DNA, exposing a vulnerability that could be targeted