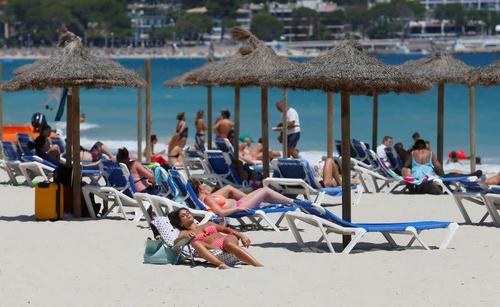 Late last month, European Commission chief Ursula von der Leyen revealed in an interview with the NYT that the EU would soon allow Americans and others who can prove that they have been fully vaccinated travel to popular tourist destinations across the continent. The decision was made to help preserve the European tourism industry, which is hanging by a thread after missing out on last year's summer season thanks to COVID-19.

Now, Bloomberg reports that the Commission has published its proposal to "revive the EU tourism industry and for cross-border friendships to rekindle - safely," von der Leyen said.

Although the Continent is still battling a third wave, improving vaccination rates have coincided with falling daily tallies for both cases and deaths (which have fallen substantially since last year's peak across Europe). Lockdowns in several countries are finally being loosened as infection rates ebb.

The proposal released by the EU's executive arm recommends that vaccinated visitors from countries with relatively low infection rates should be welcomed to the EU by the end of May.

These new parameters would replace a blanket ban on all non-essential travel to the EU for residents of all but a handful of countries. The rules have been in place for more than a year now, and have choked off travel and tourism to a trickle.

Under the new proposal, member states would be obliged to accept proof of vaccination for all shots approved in EU -- including those produced by Pfizer-BioNTech, AstraZeneca, Moderna, as well as the J&J jab.

National governments will have the discretion to accept shots that have cleared the WHO's emergency-use listing process, but they can't recognize just any vaccine (which means people inoculated with Russian and some Chinese jabs may still be excluded). Though the commission will draw up a list of "approved" vaccine certificates, it looks like Russian and Chinese jabs will be intentionally excluded.

As for who will be allowed to travel, Bloomberg offers a breakdown:

Should the spike in international tourism lead to another surge in cases, the EU's new plan incorporates an "emergency brake", which would allow member states to restore travel bans on countries where risky new variants emerge or where infection rates spike. In such an event, only essential workers, such as diplomats and health-care staff, would be allowed entry from those countries, and even then, they would be subject to strict testing and quarantine requirements.