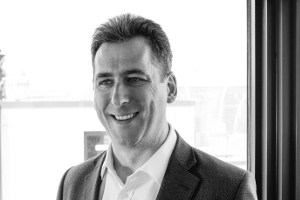 The Invesco AT1 Capital Bond UCITS ETF has surpassed $1 billion in assets under management as investors have continued to seek out income and diversification opportunities for their portfolios.

Around $500 million of net new assets have been invested in the ETF since the height of the pandemic volatility in March 2020, with AUM now representing an 85% share of the AT1 ETF market in Europe, according to data from Invesco.

Competing products in the contingent convertible (CoCo) bond space include the UC Axiom Global CoCo Bonds UCITS ETF (CCNV GY), a collaboration of UniCredit and Axiom Alternative Investments, and the WisdomTree AT1 CoCo Bond UCITS ETF (CCBO LN) from WisdomTree. A China Post Global ETF providing exposure to the asset class was closed down in 2019.

Invesco notes that AT1s are a specific type of debt instrument issued by European banks and other financial institutions. Their yields are not driven by the riskiness of the issuer, as with other high-yield bonds, but by a contingency element that triggers a conversion into cash or common equity if the issuer’s capital drops below a pre-set level. AT1s are intended to act as a buffer in extreme conditions and will have a lower credit rating, and in turn higher coupon, than the senior debt issued by the same issuer.

The Invesco AT1 Capital Bond UCITS ETF aims to follow the performance of the iBoxx USD Contingent Convertible Liquid Developed Market AT1 (8/5% Issuer Cap) Index, calculated by IHS Markit. The index focuses exclusively on the USD-denominated AT1 bond market, the deepest and most liquid in which European banks issue AT1 bonds. Through the ETF, investors get exposure to over 80% of European banks by market cap, including all the largest issuers.

The fund trades on the London Stock Exchange in USD (AT1 LN) and sterling (AT1P LN), on Borsa Italiana in euros (AT1 IM), and on SIX Swiss Exchange in USD (IAT1 SW). It comes with an annual ongoing charges figure of 0.39%.

Commenting on the milestone, Paul Syms, Head of EMEA ETF Fixed Income Product Management at Invesco, said: “Our ETF has grown to such scale that it has opened the door to larger investors who may have holding limits and require a vehicle that can accommodate bigger trade sizes.”

He added: “The first AT1 bonds were launched in 2013 and for the first few years, when the market was relatively small and largely unknown, there were more opportunities to add value through security selection. However, the market has matured since then. More is known about AT1s and the market is more liquid, especially for the $140bn worth of issues denominated in dollars. The market has all the ingredients you need to develop a passive strategy. And although we have the largest AT1 ETF in Europe, its AUM is less than 1% of the value of the USD-denominated AT1 market. That means there is still huge growth potential.”

A recent report published by Invesco entitled ‘AT1 bonds: Better as beta?’ underscored the increasing difficulties to deliver real outperformance through an actively managed approach given the maturity of the AT1 market. The report concluded that the correlation between the bonds in the sector is so high that it dramatically reduces the opportunities for portfolio managers to generate excess returns through security selection.

The analysis showed that between June 2018 and the market sell-off in March 2020, the median pairwise correlation across a sample of 20 of the largest and most liquid USD AT1 bonds over six-month rolling periods was 78%. During the sell-off, the correlations spiked to nearly 100%. A likely reason for this high correlation, the report found, was that financial sector credit is an unusually narrow and homogenous investment universe.

Gary Buxton, Head of EMEA ETFs and Indexed Strategies at Invesco, commented: “We aim to provide investors the tools they need to construct better portfolios, which often involves a combination of passive and active strategies. The key is knowing where and when to use one or the other. AT1s are an interesting example, as they have transitioned from being purely an active play to now being arguably more suited to a passive approach. The recent flows into our ETF are testament to investors recognising and taking advantage of these developments.”