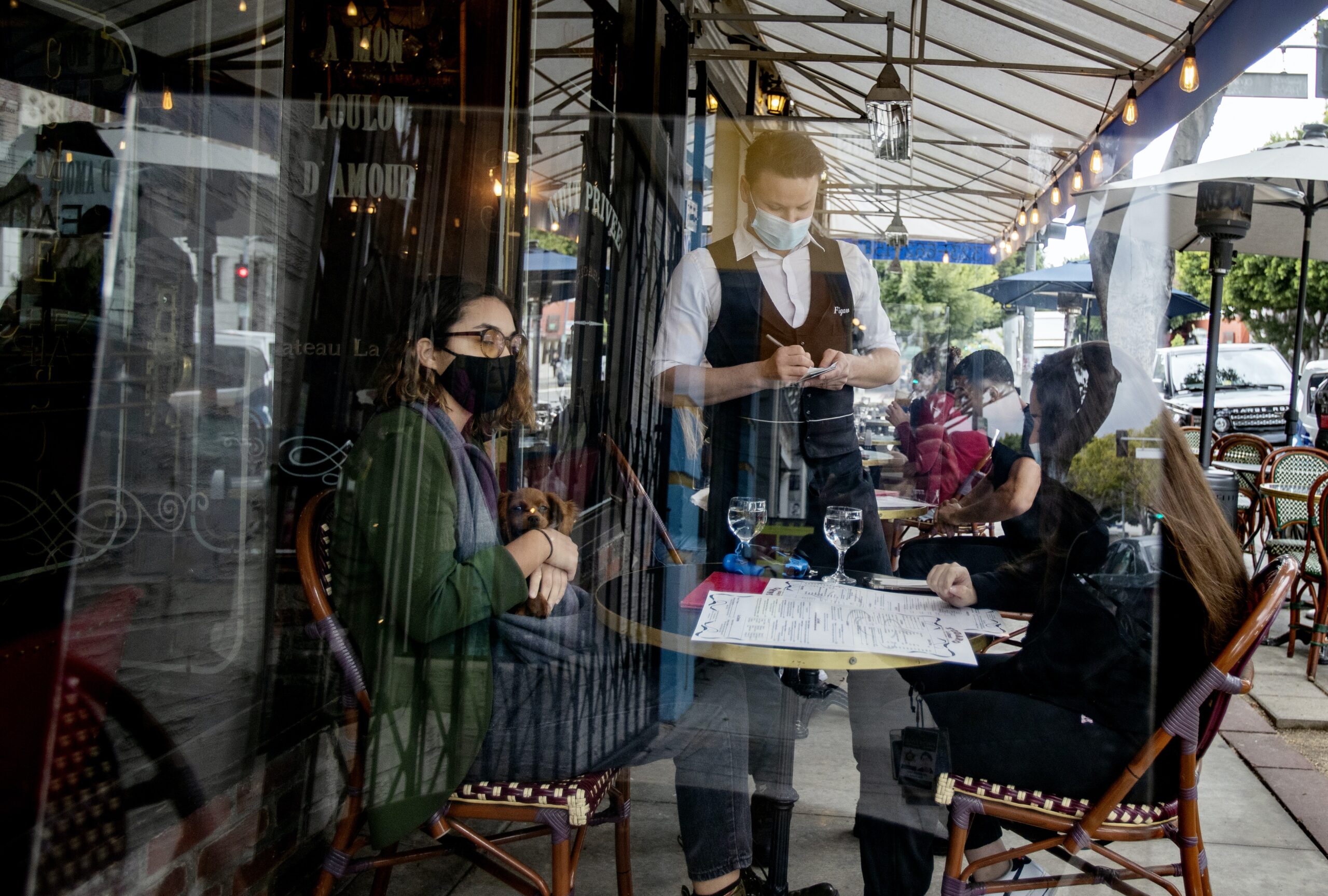 Dining out has for generations been a fun way to celebrate special occasions, meet friends or just enjoy a quiet evening with someone special. But for many, that ended almost overnight last year as the spread of COVID-19 shuttered businesses and forced people to stay home.

The restaurants that survived scaled down and reworked their operations. Many have had to close permanently. Since March 2020, over 110,000 – or about one out of every six restaurants in the U.S. – have closed. This has affected not only individuals, but the overall economy. In 2017 the profits of the restaurant industry were estimated at US$800 billion, which experts expect have shrunk substantially in the past year.

As a food historian, I follow the impact of global events on food culture and practices. Starting in late 18th-century Europe, the dining-out experience shifted considerably, with the first modern restaurants opening in urban areas and catering to wealthy patrons.

By the mid-20th century, the availability of cheaper fast-food options allowed many more people to dine out. Throughout, the hospitality industry has been central to social, cultural and economic developments globally. The humblest restaurant fare has even been used at times to foster diplomatic relationships between nations.

People have always eaten on the go. For millennia, street vendors, roadside inns and taverns provided weary sojourners with food. Some of the world’s earliest restaurants catering to travelers who ordered specific, often regional dishes originated in China over 900 years ago. By the 16th century restaurants had emerged in Japan, as well.

The first modern restaurants serving local residents as well as other guests originated in France in the 1780s. The word restaurant itself comes from the rich “restorative” broths served at such establishments. Parisian chefs soon integrated aristocratic dishes and impeccable service into the dining experience and “haute cuisine,” or high cuisine, was born.

French food went on to define and dominate the highest echelons of global dining for the next two centuries. With access to a thriving urban restaurant scene, well-off Europeans were a bit spoiled when it came to eating out.

Author Charles Dickens, while traveling to the United States in 1842, was horrified by the lack of etiquette and dining options. He described the food he received in American boardinghouses and hotels as “piles of indigestible matter.”

By 1860, however, that had changed, at least in New York City, where several restaurants started to gain acclaim. The most famous of these was Delmonico’s, the first restaurant to be reviewed in The New York Times in 1859. Emphasizing the luxury of fine dining, the review gushed, “No nobleman of England – no Marqui of ancienne noblesse – was ever better served or waited on in greater style than you will be in a private room at Delmonico’s.”

Abraham Lincoln, who dined at Delmonico’s during the Civil War, was the first of a series of presidents to enjoy Delmonico’s dishes, especially the gratin potatoes.

Restaurants proliferated in mid-19th-century America as industrialization and urbanization transformed the economy and the landscape. Eating out became a reflection of social and professional success.

When Dickens returned to the U.S. in 1868, he feasted on no fewer than 40 courses at a Delmonico’s banquet in his honor. At its end he was moved to amend his earlier impressions of American fare by admitting “I have been received with unsurpassable politeness, delicacy, sweet temper, hospitality [and] consideration.”

In the 20th century, American politicians enlisted simpler restaurant fare to bolster diplomatic relations and connect to the public.

On June 11, 1939 President Franklin D. Roosevelt, the first lady Eleanor, and the king and queen of England sat down to a catered event at Roosevelt’s family estate in Hyde Park, New York that would become known as the “Hot Dog Summit.”

No British monarch had until then set foot on American soil, but with Europe on the brink of war Roosevelt believed a public gesture of friendship could forge stronger bonds with England and bolster pro-British sentiment. So when he found out the royal couple planned to visit Canada in 1939 he immediately wrote to the king, inviting him to enjoy a few days of simple country life at their family home.

The president’s plan was to present royals as relatable, so he organized an outdoor luncheon at which the famous group enjoyed a classic American “take-out” meal, hot dogs and beer, in front of journalists, cameras and a charmed audience. According to witnesses, Queen Elizabeth ate her frankfurter with a knife and fork while King George VI followed the Roosevelts’ example and used his hands. He then asked for seconds.

The Hot Dog Summit seems to have been a turning point in how American politicians used food to identify with the masses and achieve their political aims. Historian David B. Woolner believed it “was an enormous PR success for both governments. I think a genuine warmth emerged between FDR and the king, and it marks a significant turning point in Anglo-American relations.”

The U.S. emerged as an economic and cultural superpower after World War II. Factories and industry turned away from war production and looked toward cultivating what Americans wanted, both at home and while dining out: convenience, entertainment, efficiency and a good deal. A new kind of restaurant, the “fast food” franchise, checked all of the boxes.

Increasing numbers of regular Americans now experienced the joy of dining out. A variety of chain restaurants proliferated across the country and then internationally, propelled by new innovations in technology, transportation and communication. By the 1970s the Golden Arches, the symbol of McDonald’s, had become the world’s most famous icon.

Donald Trump took the executive relationship with fast food to another level. According to the Washington Post, on Trump Force One during Trump’s 2016 presidential campaign there were “four major food groups: McDonald’s, Kentucky Fried Chicken, pizza and Diet Coke.”

In January 2019 Trump became the first president to serve White House guests a meal catered by McDonald’s, Wendy’s and Burger King. The fast-food banquet was set out on silver trays and served to visiting members of the Clemson Tigers men’s football team.

But politicians still enjoyed haute cuisine, too. Last November, as California remained on lockdown, news leaked that Governor Gavin Newsom and his wife enjoyed dinner at French Laundry, an exclusive Napa Valley restaurant, with 10 others – and maskless. The ensuing fallout illustrated people’s frustration, fear and fatigue over the ongoing crisis and everyone’s longing to once again visit their favorite restaurants.

[You’re smart and curious about the world. So are The Conversation’s authors and editors. You can get our highlights each weekend.]

Lockdown has changed people’s culinary habits. Many of us initially embraced the novelty of cooking at home and proudly shared pictures of a first casserole or sourdough loaf. As the months dragged on, however, many began returning to their favorite eateries – not only because they missed the food but because some people wanted to financially support local businesses.

After all, restaurant culture has always been driven by ingenuity to meet the changing needs – and tastes – of its communities and clientele.

Hannah Cutting-Jones does not work for, consult, own shares in or receive funding from any company or organization that would benefit from this article, and has disclosed no relevant affiliations beyond their academic appointment.