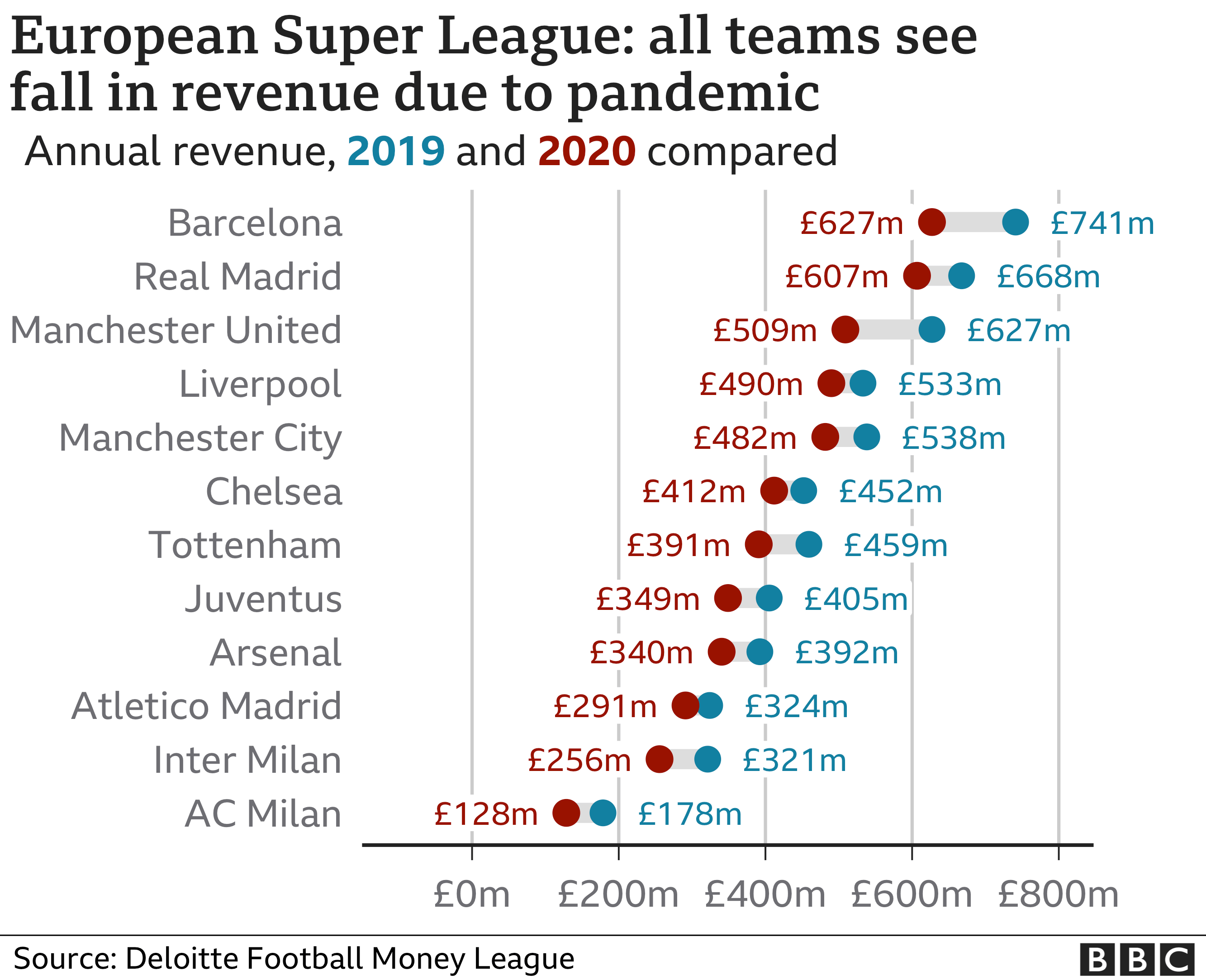 Being a fan of Silver, JP Morgan is seen as enemy number 1 with their paper short contracts. Being a fan of football (or what we call Soccer in North America), I cringed a bit when I heard JP Morgan is underwriting an initial $4.2 Billion (that could hit $4.8 Billion) investment into the newly formed Super League.

What is the Super League?

It is a proposed new European League where all of the top European teams will play each other weekly. For those who do not follow Football, every European country has their own league. Premier League in England, La Liga in Spain, Serie A in Italy, Bundesliga in Germany, Ligue 1 in France, Eredivisie in the Netherlands and the list goes on and on. The top teams in European Leagues meet in a tournament called the Champions League. You have probably seen commercials on TV about it, and the epic opera theme. So technically, we have something like this new proposal.

But it boils down to one thing: money.

In the current set up, FIFA and UEFA ( Union of European Football Associations) run things. Now these guys are not angels. There have been tons of scandals from Sepp Blatter, and recently, many are wondering how much money Qatar paid up to win the privilege of hosting the 2022 World Cup.

The six Premier League teams that have joined the Super League are all owned by either American Billionaires, Middle Eastern Royalty, or Russian Oligarchs. With top teams playing each other every week, the owners are thinking this leads to more money and more exciting Football. Rumors have it that this league will be global. Matches can be played in North America, China, Brazil you name it. It means more revenue.

Oh, and I forgot to mention that, the teams that have joined received a hefty 200-300 Million Euro’s (just above $400 million US Dollars) welcoming bonus.

I highly recommend reading Taylor Gavinchuk’s thorough analysis on this news. The full article can be read here.

The super league, financed by U.S. bank JP Morgan, brings the hope of bigger and more stable revenue streams for the club’s billionaire owners. They believe the new league will attract more viewership as there will be an increase in high-profile matchups. This will increase viewership, merchandise sales, and a future increase in ticket prices and stadium attendance.

Two teams looking to join the super league Manchester United and Juventus saw big jumps in share price today. Juventus (JUVE.MI) is up 19% today as shareholders cheered the move to break away. Shares in Manchester United (MANU.NYSE) rose 7% after opening on the NYSE.

Smaller teams rely on the bigger teams to bring attention to the league. The top teams know this and are tired of having to play lesser competition so frequently. Their vision of a super league means banger matchups every week. Without the top teams, leagues would face demands for millions of dollars in refunds from the broadcasters who pay billions for television rights to air their tournaments.

The super league is looking to create a system where there are 12 teams who have a slot no matter what, mimicking an American-style sports league. European fans like the Premier League system which allows for small teams like Leicester to win it all as they did famously in 2015.

Some of you might be wondering why this is even a big deal?

Firstly, there is a lot of money in football. I mean a lot. It really keeps Europe ticking. In fact many comment that Italy is all just politics and football. It is the largest sport in the world with tons of sponsorships and tv deals. Super League is definitely a disruption.

Secondly, it really is the manner of how this happened which sickens me. During a pandemic, and at a time when there are no fans in the stadiums to voice their disagreement. It really is just a handful of Billionaires deciding to do their own league primarily for money. It sort of is a microcosm of what is happening in the world as a whole. The rich getting richer and the poor getting poorer. Fans are not pleased by the decision as can be seen all over social media, and are planning to protest outside of stadiums. Will their voices be heard? Or will greed win out?

All is not lost. European governments have decided to step in as 100 years of history is about to go down the drain. UEFA and FIFA are also stepping up the ante by saying that teams that join the super league will be kicked out of the Champions League, and players on the teams will not be able to represent their country during the FIFA World Cup. The Super League is not betting on that, as it would bring down ratings of the World Cup if superstars like Messi and Ronaldo are not playing. The players of these teams may have to step in to voice their opinions, and this could turn the tide.

JPMorgan Chase & Co. is bankrolling the biggest upheaval of European soccer since the 1950s in a 4 billion-euro ($4.8 billion) bet that has already drawn heavy criticism from fans, domestic leagues and politicians.

The U.S. investment bank has agreed to underwrite an initial 3.5-billion-euro investment to help set up the Super League, a figure that will total 4 billion euros after additional payments and expenses, according to a person familiar with the matter. The investment, currently financed by JPMorgan, may be offered to investors at a later date, the person added, asking not to be identified as the discussions are still private.

JP Morgan is the bank behind this disruption, and its share prices could be affected by any positive or negative news on the Super League and the money involved.

Over on Equity Guru’s Discord Trading room, I have been talking about reversal patterns being set up. JP Morgan could flush by the end of today. $150 is a nice important psychological number, but I like the price zone around $148. We break below that, and JPM can drop below $140.

And while we are at it, let’s take a look at one of the Super League Teams which can be traded on the US exchange, Manchester United.

Expect some volatility on this one ESPECIALLY if UEFA and FIFA come out stating these teams are kicked out of the Champions League and/or their players will not be able to play in this years Euro’s and next years World Cup.

$16.00 is a major support zone that must hold. We did break above previous highs at $17.00 which looked promising, but no momentum to keep it going. The $20.00 zone is a major resistance to the upside.

A war in football is occurring. Expect to see more fans protesting around stadiums, but we shall see if this deters the billionaires and big money. The mastermind behind this project, Real Madrid’s President Florentina Perez, just came out stating that he is “saving football” and does not expect UEFA to kick the joining teams out of European competitions because of the money involved.