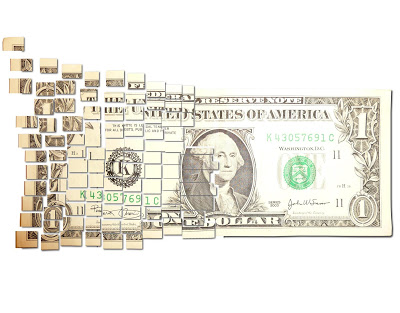 Overview:  After several attempts, the euro has pushed above $1.22, and the Australian dollar has surpassed $0.8000 as the greenback remains under broad pressure against the major currencies.  Only the yen is having difficulty gaining on the beleaguered US dollar.  Rising yields in the US and Europe have sapped many of the emerging market currencies. Today, the freely accessible currencies like the South African rand, the Mexican peso, and the Turkish lira are among the weakest.   Central European currencies are faring better.  Benchmark 10-year yields are higher across the board.  The US 10-year is near 1.44%, up 13 bp in the past week.  European yields are mostly 3-5 bp higher to bring the five-day increase to mostly 7-9 bp, though the UK yields have risen nearly 17 bp.  However, Australian and New Zealand yields jumped 12 and 18 bp today alone to bring the five-day rise to 36 bp and 38 bp, respectively.  The rising yields did not deter equity buying today after US indices traded higher yesterday, which was the first session in five that the S&P and NASDAQ both closed higher.  Asia Pacific bourses advanced, led by South Korea's Kospi's 3%+ rally.   Even Hong Kong's Hang Seng managed to recoup a little more than a third lost on news of the stamp tax increase yesterday.   European shares are slightly firmer, lead by energy and financials.  The Dow Jones Stoxx 600 is posting its first back-to-back gain in a week and a half.  US shares are narrowly mixed.  The rally in commodities continues, with copper and aluminum prices at new 11-year highs.  April WTI rose to a new high near $63.80 before consolidating.  Gold is heavy and has struggled to sustain a foothold above $1800.

Japan's cabinet approved the bill ratifying membership into the Regional Comprehensive Economic Partnership that includes 15 countries, including China, Australia, and South Korea, and  The largest free-trade agreement in the world will eliminate tariffs on more than 90% of goods trade and provides common rules for investment and intellectual property rights, and e-commerce.  India, which was initially part of the negotiations, and special allowances are made for its potential return. Still, there are numerous questions, and the agreement has not prevented Beijing from punishing Australia for its foreign policy.

As soon as it was announced earlier today that the Reserve Bank of New Zealand's remit would include house prices, the New Zealand dollar rallied.  It is at its best level since 2017.  The idea is that if house prices are to be taken into account, it will lead to tighter monetary policy, all see being equal.  Recall that RBNZ Governor Orr objected to the move when it was first debated.  Orr had indicated that the central bank is in no hurry to raise rates, but the market appears to be pricing in about a 30% chance of a hike before the end of the year.

South Korea's central bank left rates on hold as widely expected and lifted its inflation forecast to 1.3% from 1.0% this year while leaving its GDP forecast at 3%.  Hong Kong's January exports surged by 44% (year-over-year), the most since 1992.  It was probably flattered by the timing of the Lunar New Year.  Imports rose by 37.7%.  Shipments to the mainland rose by nearly 59% and to Taiwan by more than 73%.

The dollar recovered smartly against the yen yesterday, rising from JPY105.20 to JPY106.10, and marginally extended the gains to almost JPY106.20 today, just below last week's high.  Support now is seen near JPY105.80.  The JPY106.20 area is the (50%) retracement of the dollar's down move since last June's high (almost JPY110).  The next retracement level (61.8%) is just above JPY107 and near the highs from last August.  The Reserve Bank of Australia stepped up its effort to enforces the 10 bp cap on its 3-year note and bought an estimated A$3 bln today after $A1 bln yesterday, but the yield is four basis points higher.  For the first time in three years, the Australian dollar poked above $0.8000 as European markets were opening.  It appears to be pausing.  Initial support now maybe around $0.7980 and then $0.7950.  The PBOC fixed the dollar at CNY6.4522, which was the closest to the bank models Bloomberg surveys for a couple of weeks.  The PBOC injected CNY20 bln of liquidity in its open market operations, offset the amount of maturing funds.  The dollar traded inside yesterday's range against the yuan. The dollar edged higher in the first two sessions of the week and now has softened for two sessions.  Net-net, the dollar is off by a little more than 0.1% this week.

Money supply growth rose by 12.5% year-over-year last month, slightly faster than in December.  Loan growth ticked lower.  Lending to non-financial businesses increased by 7.0% vs. 7.1% at the end of last year. Loans to households rose 3.0% after 3.1% in December.

The ECB's most pressing challenge is the sharp rise in yields. It has reversed the progress that had been achieved to ensure that the accommodative policy was transmitted throughout the region.  Greek bonds are having their worst week in ten months, and Italy's premium over Germany has widened back to over 100, unwinding the last few weeks of narrowing.  The ECB does appear to have stepped up their purchases a little to around 17 bln euros for the past two weeks. Executive Board member Schnable's remarks suggested the central bank is more concerned about increases in real interest rates that could jeopardize the recovery.

Spain unveiled a new 11 bln euro spending plan yesterday to support small and medium-sized businesses and self-employed people.  Spain's economy appears to be among the hardest hit by the pandemic.  Spain has spent around 200 bln euros or about 20% of GDP on fiscal efforts.  The pandemic may be altering the political landscape.  The government, led by the Socialists, was criticized by the more conservative PP for not proposing a bolder stimulus effort.

The euro has overcome the offers stacked up around $1.22 and raced higher in the European morning to reach almost $1.2240.  There is little standing in the way of a test of the $1.2350 high recorded on January 6. The next important chart resistance is seen in the $1.24-$1.25 area.  The $1.2180-$1.2200 area may now offer support.  Sterling rose to almost $1.4240 yesterday, but the upside momentum faded, and its retracted to nearly $1.4080 into the European close yesterday and finished the North American session near $1.4140.  It does not appear to have gotten its mojo back today.  Even though it has traded up to $1.4175, it is an underperformer today.  Partly, what is happening is that the euro is recovering.  A bullish hammer candlestick was posted yesterday as the euro recovered from about GBP0.8540 to finish at new session highs above GBP0.8600 and is extending those gains today to about GBP0.8645.

The Fed's Powell and Clarida underscored the message this week that despite some strong economic data, the Fed's purchase of $120 bln of bonds a month will continue.  On an annualized basis, this is around 7% of GDP, to put it in perspective, which is around half of the fiscal stimulus between the end of 2020's $900 bln and the current package that will likely pass the House of Representatives as soon as tomorrow.

The string of important data, leaving aside the labor market, has been particularly robust, and economists are revising Q1 GDP forecasts upward.  Recall, auto sales exceeded projections, and retail sales jumped over 5% in the month of January.  Industrial output rose twice what economists expected (0.9%), led by a 1% rise in manufacturing.  Housing starts slowed in January, but the forward-looking permits surged by over 10%.  Yesterday, it was reported that January new home sales rose by 4.3%, more than twice the Bloomberg survey's median forecast.  The risk then is that durable goods orders rose by more than the 0.7% economists expected. It is possible that some of the increased economic activity took place in Q4, so an upward revision in Q4 GDP to 4.2% from 4.0% is anticipated.  The weekly jobless claims for last week will also be reported today.  They may have fallen back after increasing for the previous two weeks.  The national employment figures will be released at the end of next week, and estimates are coming in around 145k, after the disappointing 49k increase in January.

The US dollar is slumping against the Canadian dollar.  It closed below CAD1.26 on Tuesday for the first time since April 2018 after a few attempts on an intraday basis.  The greenback quickly fell to the next level of chart support near CAD1.25 yesterday and has continued to work its way lower today, reaching almost CAD1.2475.  The next technical target is not until closer to CAD1.2350.  While Canada's economic calendar is light, Mexico reports its final reading on Q4 20 GDP (3.1% quarter-over-quarter) and the Q4 20 current account balance (driven by a large trade surplus and strong worker remittances).  Mexico also reports January unemployment (likely higher than December's 3.8% rate).  The lower chamber in Mexico's Congress approved a controversial bill yesterday that priorities the state utility above private sector renewables.  The bill goes to the Senate next week, where AMLO's Morena party and its allies have a majority.   After easing for the past two sessions, the greenback is about 0.8% higher near MXN20.55 near midday in Europe.  It finished last week a little below MXN20.43.  Look for a test on MXN20.65, and a move above there would target the week's high near MXN20.8330.