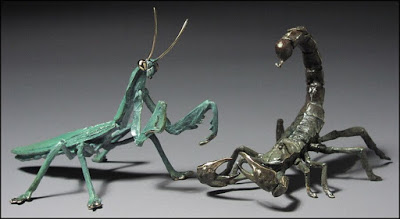 Overview:  Higher interest rates, driven by inflation expectations, is forcing an adjustment to equity markets.  The S&P 500 is poised to gap lower today following slides in the Asia Pacific region and Europe. Japanese and Taiwanese indices advanced by steep losses were seen in China, Hong Kong, and India.  Europe's Dow Jones Stoxx 600 is off about 0.7% in late morning turnover, among its steepest loss here in February.  The US 10-year Treasury yield around 1.37%, while European yields are narrowly mixed.  Despite the upgrade by S&P to AA+ from AA, New Zealand bonds, like Australian bonds, have sold off hard.  Yields jumped 13 and 17 bp respectively and are now up 47 and 55 bp over the past month.  The Reserve Bank of Australia was forced to defend its 3-year bond cap for the first time in three months and bought A$1 bln.  The US dollar is mixed.  The Antipodean currencies and sterling are firmer, while the Swiss franc and Norwegian krone lead the rest lower. Emerging market currencies are also under pressure, with the Mexican peso again the weakest.  The JP Morgan, Emerging Market Currency Index fell a little less than 0.2% last week and is off almost twice as much today.  Gold snapped a six-day slide at the end of last week with a 0.5% bounce.  It is extended the recovery today to test $1800.  Crude oil is consolidating inside the pre-weekend range, leaving April WTI trading around $59.60.

There is tension between global investors wanting to invest in China and some US efforts to restrict it, though the Biden administration's stance is not clear.  Key indices that serve as benchmarks for international investors did eliminate some Chinese companies after the US banned Americans from investing.  Still, the pull is strong.  FTSE Russell announced it will add 11 more Chinese companies (from the STAR Market, the NASDAQ-like stock market) to its global benchmarks.

Some headlines declared that the yuan's share of SWIFT transactions rose to a five-year high last month.  It is true, but consider that it accounted for 2.48% of all transactions, The dollar's share, in contrast, was 38.26%, and the euro's share was 36.60%.  Sterling and the yen also account for more SWIFT turnover than the yuan.  One takeaway is that China cannot weaponize access to the yuan the way the US can to the dollar, which leaves Beijing to rely on trade as it is threatening to do with rare earths. Before the weekend, China announced it would boost the rare earths mining quota by 27% from a year earlier (84k tons vs. 66k for the first part of 2020).

Although the US and Europe are pressing Taiwan for help in alleviating the semiconductor shortage, which is hitting auto production in Europe,  Asia, and the US and could boost consumer electronics prices, it is not merely an industry shortage.  US efforts to contain China's expansion into leading tech sectors through trade barriers, export controls, and sanctions, exacerbating industry supply management. The chip shortage follows the imposition of Huawei restrictions (building chip inventories for its survival) and SMIC (China's largest chip fabricator).

After poking above JPY106.20 last week, the US dollar retreated in the last three sessions and fell to about JPY105.25 ahead of the weekend.  It bounced to JPY105.85, a (61.8%) retracement of the pullback today before consolidating above the 200-day moving average (~JPY105.50).  The sell-off in equities appears to be dulling the signal from interest rates.  The heavier tone in the European morning may draw bids from early North American participants. The Australian dollar pushed above $0.7900 for the first time in almost three years. It retreated to nearly $0.7855, where it found new bids in Europe.  Note that the upper Bollinger Band (two standard deviations above the 20-day moving average) is near $0.7870 today.  The PBOC set the dollar's reference rate at CNY6.4563, a little higher than the bank models Bloomberg surveyed.  As widely expected, China kept its loan prime rates steady (one-year at 3.85% and five-year at 4.65%), but its open market operations remain stingy.  Today it injected CNY10 bln with total maturities closer to CNY50 bln.  The dollar continues to trade broadly sideways against the yuan and mostly stayed in the range set in the first two sessions of the year (~CNY6.43-CNY6.51), and it has not been above CNY6.50 since the first trading day.

Germany's IFO survey was stronger than expected.  The current assessment rose to 90.6 from 89.2, recouping nearly half of January's decline.  The expectations component rose to 94.2 (from a revised 91.5) and is the highest since last October.  That puts the overall measure of the business climate at 92.4 (vs. 90.5 median forecasts) and 90.3 in January.

The Biden administration appears to be seeking to avoid antagonizing Germany and singled out a single Russian ship for violating prohibitions on the construction of the Nord Stream 2 Pipeline.  The ship, the Fortuna, and its owner, KVT-RUS, have already been sanctioned.  Yet to appease Germany is to frustrate others, such as Poland and the Baltics.  Their ultimate protection from Russia lies in with the US, not the EU.  As under Ostpolitik during the Cold War with the Soviet Union, Germany pursued its own relationship.  That said, Germany and France seem more sensitive to pushing Putin into ever-closer ties with China. As the US did to Germany over the pipeline, so too will the EU do to Russia over the imprisonment of Navalny.  The sanctions will ultimately be a minor inconvenience but not a serious blow.  It could announce travel bans and asset freezes of some of Putin's allies.  The new measures could be announced at the outcome of the EU foreign ministers' meetings today with the final decision at next month's EU summit.  This is Merkel's last year as German Chancellor, and she will leave behind a growing rift with eastern and central Europe rule of law, media pluralism, and migration, to which must be added security and defense.

The IMF's chief economist has weighed-in the debate in the US over fiscal policy.  While some renowned economists like former US Treasury Secretary Summers and former IMF chief economist Blanchard have warned of the inflation risk, the IMF's current chief economist Gopinath defended Biden's $1.9 trillion efforts, counting on the deflationary forces of globalization and automation to limit upside price pressures. The Congressional Budget Office projected, based on the $900 bln effort at the end of last year, that US output would reach pre-pandemic levels by this summer.

Speaking of US inflation, many focus directly on the inflation-protected securities or indirectly on the difference between those yields and conventional yields. Yet many people who complain about the distortions of the price-discovery process of the Federal Reserve's actions seem to take the TIPS market at face-value.  This assumption needs to be picked at as the Fed now owns around 23.4% of all TIPS, from 10% before the pandemic.

A quiet start is likely for the busy week in North America.  The US reports the February Dallas Fed's manufacturing survey and January's Leading Economic Indicator Index amid growing expectations for a robust Q1 21 GDP. Ahead of Fed Chair Powell's congressional testimony that starts tomorrow, Dallas Fed President Kaplan and Fed Governor Bowman speak today.  Fed officials seem in agreement that there is no need to taper purchases ($80 bln in Treasuries and $40 bln in Agency MBS a month) and are focused on the slack in the labor market.  Both Powell and Treasury Secretary have estimated that the unemployment rate is really closer to 10% than the 6.3% reported as many have stopped looking for work.  More people are filing for initial unemployment benefits than at what was the record peak in the Great Financial Crisis.

The US dollar fell to a new low against the Canadian dollar since April 2018 earlier today (~CAD1.2580) before rebounding to almost CAD1.2655.  The Canadian dollar is among the most sensitive major currencies to the equity market.  The greenback has spent most of the past two months between CAD1.26 and CAD1.28.  Initial resistance today is seen near CAD1.2665 and then CAD1.2700.  Rising global interest rates, the seemingly weak government response to the pandemic, and distrust of the AMLO government by private investors have seen the Mexican peso fall out of favor.  Over the past month, the US 10-year yield has risen by about 28 bp while Mexico's 10-year dollar bond yield is flat.  It sold-off every day last week, and its losses are being extended today.  It fell 2.3% last week and is off half as much today.  The dollar reached almost MXN20.7150 today, its highest level since early November.  The next technical target is around MXN20.7650, and above there, resistance is not seen until MXN21.00-MXN21.05.

Apple In Talks With Suppliers For Self-Driving Sensors – Report