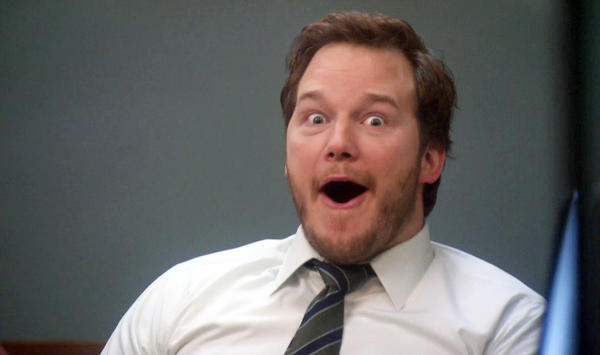 Are These Tech Penny Stocks Worth Watching?

Reddit penny stocks have been a hot ticket item over the last few months. Much of that excitement stemmed from an interest in GameStop (NYSE: GME) stock in January. Heavy short interest became a target for the thousands of retail traders on social media searching for stocks to buy.

What will now go down in history as the mother of short squeezes, GME stock exploded from under $20 at the start of the year to over $480 in a few short weeks. The fall back to earth was just as epic. But it established the dawn of a new era for retail traders. Thanks to this move, many stocks have followed. Sentiment has become a bigger driver for certain stocks. When you’re talking about penny stocks on Reddit, for example, emotions are part of the fabric moving markets.

This has helped compound underlying trends in the stock market today. In the past several years, tech penny stocks have been on a rampage. Hundreds of new competitors have come into the market, offering all types of innovations. As a result, it can be difficult to keep up with making a list of penny stocks to watch related to tech.

Ryan Cohen To Take The Helm Of GameStop (NYSE: GME)?

So let’s look at some market sentiment right now. GameStop has reignited interest in social media stocks. The initial move for GME shares came as news hit of nominations for company directors. Among them was Ryan Cohen, co-founder of Chewy, who was nominated as Chairman. Cohen got behind GameStop last year urging it to pivot into the tech realm.

With this as a backdrop for the stock market today, tech stocks & tech penny stocks, more specifically could be a focus.

Digital Ally specializes in designing and manufacturing video recording equipment and analytics software. These products are in use in everything from law enforcement and emergency management to fleet services and security. Because of its broad market base, many investors view DGLY as a long-term penny stock to watch.

Also, the company produces a line of products known as Shield Health Protection Products. These are used to disinfect and sanitize large areas and identify potential warning signs of Covid-infection in individuals. Only a few days ago, Digital Ally announced an order that would be the largest international deployment of its EVO-HD-in-car camera system to date.

Stan Ross, CEO of Digital Ally, stated that “recently we have seen multiple events that display the importance of body cameras with auto-activation technology. The EVO-HD comes standard with our patented auto-activation technology built into the unit, which simultaneously connects and activates a recording of the in-car camera’s and body camera when triggered by multiple sensors.”

While many companies saw revenues decline last year, Digital Ally showed the opposite in its 2020 operating results. It managed to increase revenue by 3% over 2019, to $10.51 million. This week could be an important one for Digital Ally as well. President Biden is set to unveil executive actions on guns. In many cases, when there’s news related to companies supplying police organizations with products, sympathy sentiment has played a role in the market. So it will be interesting to see if that is a factor for DGLY this week.

While Nokia has years of history in the tech industry, it has recently become popular among retail investors. NOK stock happened to be one of the many Reddit penny stocks in the past few months. Besides this speculative move, Nokia has become a major part of the 5G infrastructure market worldwide.

It recently announced that it was selected by DISH to secure the United States’ first cloud-native, open RAN-based 5G wireless network. Nokia will offer its NetGuard Security suite to provide security services through SLAs or slice-specific service level agreements.

Raghav Sahgal, President of Cloud and Network Services at Nokia, stated that “Nokia is pleased to have been selected by DISH to secure its products and services. We recognize DISH’s need to support its network assets and customers in a fully secure way. Nokia’s NetGuard security operations solutions are built for the new 5G architecture and to meet the performance demands of DISH’s cloud-native network.”

This is a big deal because it shows how large a role Nokia could have in the burgeoning 5G industry. Because the infrastructure for 5G is not yet where it could be, many companies are working to become major players in this market. One thing to keep in mind is that because it is a Reddit penny stock, NOK can be both speculative and volatile. This week, analysts at Credit Suisse raised their price target from $4.11 to $4.31 but remain Neutral in their rating.

Before taking a deep dive into Servicesource International, it’s worth noting the news that came out on April 7th. On Wednesday, a filing came out that an insider had purchased over 85,000 shares of SREV. These shares were bought at an average price of $1.40 per share. This is always a good sign as it shows confidence in internal leadership and the company’s direction.

In Servicesource’s fourth quarter and full-year 2020 results announced last month, the company managed to bring in more than $194 million in revenue. Despite a GAAP net loss of $18.5 million, it showed an adjusted EBITDA of $4.3 million.

CEO of Servicesource, Gary Moore, stated that “throughout the disruption and uncertainty of 2020, market-leading technology companies relied on Servicesource to preserve the value of their existing customer relationships and enhance the return on their go-to-market investments. Customer success and renewals became board-level priorities, while digitally-enabled, virtual selling became the dominant form of B2B customer acquisition and engagement.”

For some context, Servicesource is a go-to-market services provider. It works with a B2B sales model allowing for increased digital sales and customer success. The company states that its services have helped to drive billions of dollars in client value every year. And with the pandemic in full swing, the need for digital resources is more in demand than ever. While its full-year numbers are slightly down over the previous year, we have to give SREV some credit due to the pandemic. But, it will be important to see if it can post better numbers in the upcoming quarter.

Markets Are Priced For Perfection In A Very Imperfect World