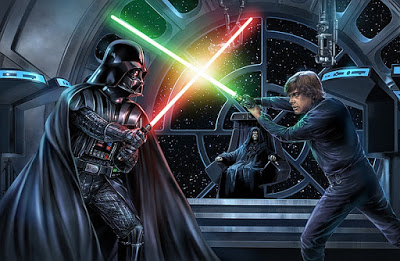 Overview:  After seeing its pre-weekend gains pared yesterday, partly due to some disappointing data, the US bounced back today.  It is posting broad gains, and the euro has been sold through last week's lows. Among the majors, the yen, sterling and Canadian dollar are holding up best with about a 0.25-0.30% loss through the European morning.  Outside of a handful of currencies, mainly in Asia, the dollar is also posting gains against most in the emerging market space, with European currencies taking the brunt.  The US 10-year yield closed below 1.60% yesterday for the first time in a week but has resurfaced above that threshold today.  European and Asia-Pacific yields have edged higher.  US equity futures indices are trading heavily, and Europe's Dow Jones Stoxx 600 is nursing a small loss.  Japan and Chinese markets are still closed for holidays.  Asia-Pacific bourses were mixed, but several of the largest, including Hong Kong, South Korea, and Australia, posted modest gains.  Gold held below the $1800 ceiling yesterday and is consolidating in a $1782-$1793 range.  Crude oil is firm, and the June WTI contract is trying again to sustain gains above $65 a barrel.

Australia's economy recovering well, but like many other central banks from high-income countries, the Reserve Bank of Australia is being patient. The economy is expanding faster than the RBA projected at the start of the year, and unemployment is falling faster than anticipated.  However, with Q1 core inflation at a record low of 1.1%, it is not in a hurry to join Canada or Norway in the first tier of high-income countries pulling exiting the emergency policy measures.  The RBA will provide new economic forecasts at the end of the week.  In July, it will decide whether to shift its 3-year interest rate target to the November 2024 bond from the current April 2024 issue.  It now sees growth at 4.75% this year and 3.5% next.  It anticipates that the increase in inflation and wages will be gradual and modest.

An unexpected second consecutive decline in Australian exports generated a smaller than anticipated March trade surplus (A$5.57 bln vs. Bloomberg's survey median forecast of A$8.2 bln). Exports fell by 1.7% in March after a 1.3% decline in February.  Economists had projected a 4% gain.  Imports, which were thought to have risen by 8%, rose by 4%.  Iron ore exports jumped 21.2% in the month to a new record.  Coal exports rose 8.7% (to an eight-month high), and natural gas exports rose to a nine-month high.  Demand from Chinese steel mills appears to have been a key force.  Exports to China rose 16.8% on the month for a 5.5% year-over-year gain.  Exports to Japan jumped 25.5% in March, where demand for natural gas is strong.  Exports to the US fell by nearly 17%.

The finance ministers from ASEAN+3 (includes China, Japan, and South  Korea) promised yesterday, on the sidelines of the Asian Development Bank meeting, to strengthen regional cooperation.  Recall that last September, they promised to boost the Chiang Mai Initiative, a network of currency swap arrangements.  However, last year, when the pandemic struck, it was nowhere to be found. Instead, it was the Fed's dollar swap lines that were broadened in included South Korea and ASEAN-member Singapore.  While these swap lines were temporary, the one with the BOJ is permanent.

ASEAN+3 also endorsed "rules-based multilateral trade and investment in the region."  This has been the rhetoric adopted by the US. The US Secretary of State said America was not trying to contain China or stunt its growth but wanted China to adhere to the rules-based system.  It sounds fine; who doesn't want a rules-based system. The rub comes from the US enforcing the rules and preventing them from working, such as blocking the appointment of appellate judges to the WTO. In addition, the US introduced the expansion of national security in unprecedented ways.  Recall that this included tariffs on aluminum and steel from Europe, Japan, and Mexico.  The world was aggrieved in 2010 when China appeared to stop shipments of rare earths to Japan as part of a diplomatic dispute. Meanwhile, the US blacklisted China's largest buyer of semiconductor chips, forcing it to stockpile where it could.  China's largest producer of semiconductor chips has also been sanctioned. This seems to have exacerbated the chip shortage that is severely impacting global auto production.

The dollar reversed lower against the yen yesterday after reaching JPY109.70. There was no follow-through selling, and the greenback held above JPY109.00.  A move back above JPY109.70 would encourage a move to last month's high near JPY111.00.  However, the market may be reluctant until Japanese markets reopen Thursday.  When Tokyo markets were last open, the dollar was trading in the JPY108.80-JPY109.00 area.  The Australian dollar's bounce stalled near $0.7765 yesterday and has approached the $0.7700-level in the European morning. The pre-weekend low was a little below there.  A convincing break of $0.7690 could signal a deeper correction that could extend to the early April low near $0.7520.  The US dollar rose by nearly 0.25% against the offshore yuan, which is the biggest move since the end of March.  It is trading near CNH6.4855 and finished last week around CNH6.4735.

Fresh EMU developments are sparse today.  The final PMI readings are tomorrow.  Outside of the eurozone, the focus on the UK that reported its final manufacturing PMI ticked up to 60.9 from 60.7 of the flash estimate and 58.9 in March.  It finished last week at 57.5. The UK also reported the seventh consecutive monthly decline in consumer credit and its least mortgage approvals since last July.  Nevertheless, the Bank of England is widely expected to boost its growth forecasts at its meeting on Thursday.  The vaccine rollout, the gradual re-opening, and the fiscal support will make officials more confident that a strong recovery is taking hold. However, the tension that participants are wrestling whether the BOE confidence is sufficient to offset the possible negative market response to Thursday's local elections could begin a period of heightened tensions between Scotland and the UK over a referendum.  The Scottish National Party aims for a referendum in the middle of the next five-year term of the new local government.

Meanwhile, Europe's relationship with China appears to be deteriorating, and the investment deal struck in December has still not been approved by the European Parliament.  The EC and several members are making it more difficult for state-owned businesses to invest in Europe.  One Chinese official quoted on the news wires acknowledged that "ties were on a downward trajectory."   Note that last year, the EU's bilateral trade with China was $686 bln compared with $572 bln with the US.

Economists' under-estimation of key US economic reports may have come to a screeching halt yesterday.  The manufacturing PMI was revised lower, and the ISM for manufacturing fell, while economists had looked for a small gain.  New orders and employment slowed.  Construction spending rose by a minor by 0.2% in March, an eighth of the rise the median forecast called for in the Bloomberg survey.  Yet, these are noisy reports and do not really shake the confidence that the US economy is accelerating.  Perhaps the most important data point yesterday was not about the supply-side but demand. To wit, US April auto sales soared to 18.5 mln vehicles (seasonally adjusted annual rate). It was well above expectations, which anticipated a decline after March's stronger than expected 17.75 mln pace.  It was only the 10th time since the end of 1999 that US auto sales surpassed the 18 mln-mark, and it was the highest since July 2005. These are not all household purchases, of course.  There are reports that rental fleets have been buyers of new and used cars.

Today's US reports include the US March trade balance, and another record shortfall is expected.  It will be the second one in excess of $70 bln.  Recall in 2019, the US recorded an average monthly trade deficit of $48.1 bln.  March factory and final durable goods orders are also on tap.  The release of Q1 GDP last week steals whatever thunder these reports have.  That said, GDP revisions often stem from trade and inventories.  Canada reports March building permits and merchandise trade figures. Canada's trade balance swung into surplus in January and February by over C$1 bln and might be half as large in March.  Canada reported an average monthly deficit of C$1.28 bln in 2019. It more than doubled last year to average C$3.1 bln.  The highlight for both countries is the employment report at the end of the week.

The US dollar continues to carve out a shelf in the CAD1.2265-CAD1.2275 band.  It reached a four-day high of a little more than CAD1.2325 today.  Initial resistance is seen in the CAD1.2340-CAD1.2360 area.  There is a large option (~$975 mln) at CAD1.23 that expires tomorrow.  The greenback reversed lower yesterday after peaking near MXN21.3170.  It finished close to MXN20.1625 and has come back bid today.  It poked through MXN20.30 in Asia before coming back off in European turnover.  It held MXN20.22 on the pullback and looks poised to rechallenge yesterday's high in North America today.  The data highlight for the week in Mexico is the April CPI figures on Thursday.