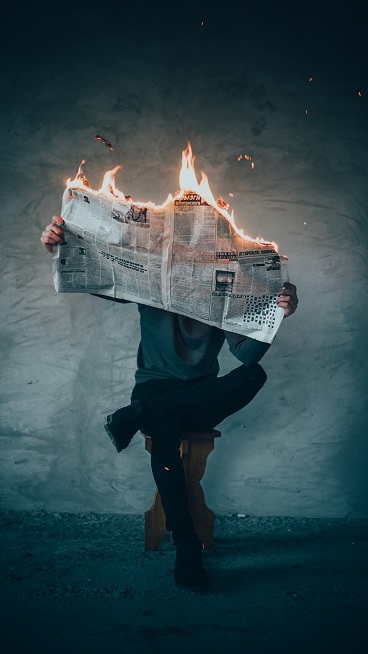 3 Penny Stocks To Watch Even During This Pullback

While the last few weeks have been up and down for penny stocks, investors seem hopeful about the future. As we witness the natural ebb and flow of the stock market, there are a few things to be excited about in the coming months. For one, vaccine efforts are massively underway. President Biden has stated that all adults in the U.S. should have access to a first dose by the end of May.

With this, we could soon see the pandemic become a thing of the past. If the pandemic does lessen in severity, we could see several industries begin to open back up. And, the penny stocks that the pandemic has highlighted could see a return of the bulls. While there is a great deal of speculation in the market right now, this is understandable considering the extraordinary circumstances that we are living in.

Treasury yields have been spiking alongside a drop in the S&P 500. Furthermore, Jerome Powell has been working to calm emotions in the market. Powell gave no specifics in a plan to lower yields, which has been a cause for concern this week.

Adam Crisafulli, a market analyst, stated that “Powell’s remarks were quite consistent with his recent speeches, but this was a minor negative as he failed to provide the type of reassuring comments investors were hoping for.” While markets react to this, it could be time to find penny stocks at value levels. With this in mind, are these three penny stocks worth a second look even during the latest pullback?

One of the more talked-about penny stocks in the past few months is Allied Esports Entertainment. To understand why let’s take a closer look at AESE. Allied Esports is, as the name suggests, a public esports and entertainment company. If you’re not familiar, Esports incorporates everything from online poker to video games and more. AESE also operates physical locations, including its flagship gaming arena at the Luxor Hotel in Las Vegas.

In addition, the company owned the World Poker Tour, which has seen a significant rise in popularity in the past few years. Because it has such a broad reach in the Esports industry, AESE has been making some big waves in the past few months. With the pandemic still wreaking havoc, investors have flocked to digital media and entertainment penny stocks. This makes sense given the massive demand for content that we are seeing right now.

Around a month ago, AESE announced the sale of the World Poker Tour to Element Partners LLC. This deal is valued at around $78.25 million. Frank Ng, CEO of Allied Esports stated that “despite the many challenges caused by the Covid-19 pandemic, the WPT business has delivered substantial, impactful results, specifically through its online platforms and services, and has made meaningful contributions for the Company.”

With this, the company plans to have enough capital to “deliver accelerated returns for [its] stakeholders.” While this is only one sector of its business, it is important considering its value. It’s also worth mentioning that Esports stocks have been in the spotlight ever since Citron Research suggested GameStop acquire Esports Entertainment Group (NASDAQ: GMBL) late last month. Since then, sector stocks have been on the move. Why should you keep this in mind? Since AESE and others lack recent news, sympathy sentiment is likely a bigger driver of momentum. If or when that dies down, the market could look for fundamental reasons behind these stocks’ new valuations. As we’ve seen with other sentiment-driven names like GameStop, a volatile outcome can be one of the results.

Opko Health has seen a large rise in value due to its role in testing Covid-19 patients. The company has reported that its revenues in the fourth quarter of 2020 have more than doubled due to its Covid-19 testing services. Despite this, the response from investors was quite stable. In its fourth quarter, OPK reported over $494 million in revenue, representing a 121% jump over Q4 2019.

This vastly surpassed estimates of $443 million, showing a positive sign for the company. Also, Opko ended the quarter with $72 million in cash and cash equivalents with an additional $157 million or so from links of credit and potential offerings. Its diagnostics business, BioReference Laboratories, is the main star of the report, bringing in massive revenue for the company due to its Covid-testing.

But, this sentiment has some investors worried about the long term. While covid is not going anywhere, demand could drop for testing-related services in the future if case numbers drop largely. Of Opko’s total $494.6 million in revenue, BioReference Labs generated $457 million. Its main pharmaceutical sector did not perform its diagnostics business, only pulling in $30.8 million.

This is a drop of around 4% over the previous years fourth quarter. Opko has going for it is its plan to launch Rayaldee in Europe, as well as the decision being made by the FDA regarding its drug Somatrogon. Both of these could have positive long-term impacts on Opko moving forward. So with this information in mind, is OPK a penny stock to watch?

Another one of the biotech penny stocks to watch on this list is Soligenix Inc. The company specializes in developing treatments for certain unmet medical needs. In particular, Soligenix has built a treatment platform, CiVax, which is a heat stable COVID-19 vaccine program. In a recent publication of pre-clinical studies of the program, CiVax showed rapid-onset and broad spectrum neutralizing antibody and cell-mediated immunity.

[Read More] Are Penny Stocks Worth It? These 4 Surged As Markets Sold Off

Christopher J. Schaber, PhD, President and Chief Executive Officer of Soligenix said that “Once fully developed, we anticipate that our platform would be easily updated to address specific variants directly…We are very encouraged with the latest results and look forward to continuing to advance development of CiVax in larger animal models and human clinical trials.”

In light of these results and the current state of this global virus, SNGX could be one of the names to note right now. As we know, however, the road for phase trials is long and costly. So if SNGX is on your list of penny stocks to watch keep this in mind.

The post Looking For The Best Penny Stocks To Watch? 3 To Know Right Now appeared first on Penny Stocks to Buy, Picks, News and Information | PennyStocks.com.

How coronavirus has changed us: join an online discussion with three experts in human behaviour