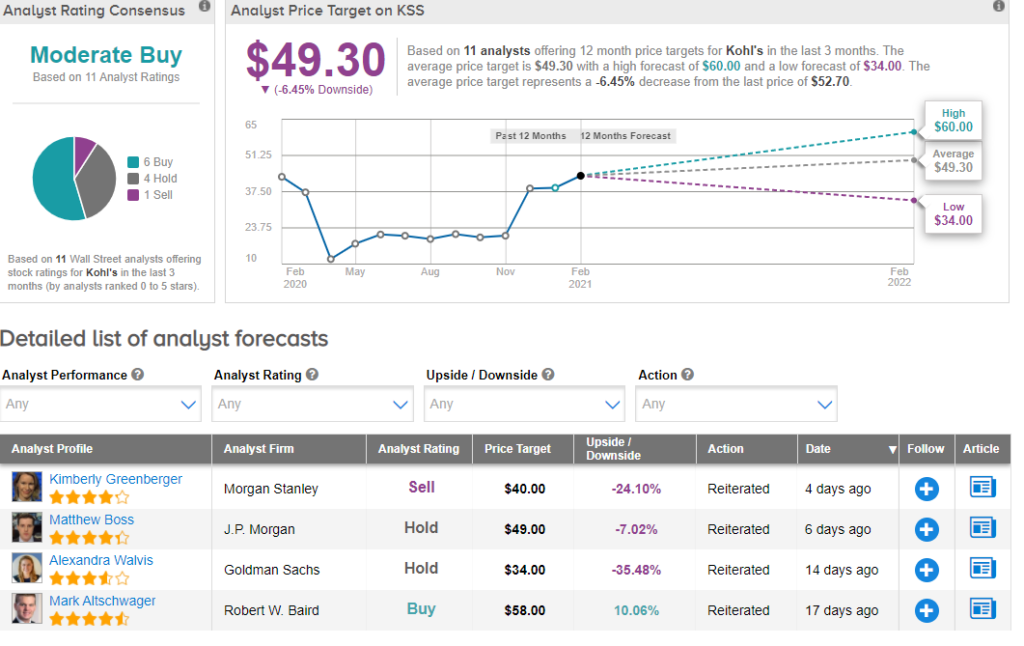 Kohl’s activist investors are attempting to take control of the retail store chain’s management board, the Wall Street Journal report has learnt.

According to the Feb. 21 report, the group of activist investors, which have a combined 9.5% stake in Kohl’s, includes Macellum Advisors GP, Ancora Holdings, Legion Partners Asset Management, and 4010 Capital.

Earlier this year, the group of investors had nominated nine people to Kohl’s now-12-person board, as they believe that the company isn’t moving quickly enough to address stagnating sales and declining operating margins, the WSJ reported.

According to a letter from the group of investors to Kohl's shareholders cited, the investors want the company to take a number of actions including bringing directors on board with retail experience, consider the “sale-leaseback” of its non-core real estate worth $7 billion. Additionally, they are asking KSS to reduce inventory levels and improve the company's offerings.

The WSJ also cited a statement from Kohl’s that said, “…it has been in discussions with the group since early December and remains open to new ideas…it is confident its new strategy published in October 2020 will accelerate growth and profitability… since the plan was unveiled, Kohl’s has received seven upgrades from equity analysts and its stock price has appreciated 150%.”

Shares of KSS have jumped 20.8% in the past month and have ballooned 80.7% over the past three months.

Earlier this month, KSS provided a business update for 4Q and said that while comparable store sales declined 11% year-on-year, this quarter was also the third consecutive quarter that showed sequential improvement. The company expects 4Q diluted earnings per share to land between $1 to $1.05, before any impact from tax planning strategies. (See Kohl’s stock analysis on TipRanks)

KSS is expected to announce 4Q and FY20 results on March 2.

Last week, JP Morgan analyst Matthew Boss reiterated a Hold rating and a price target of $49 on the stock. Boss warned “that the stock looks vulnerable in the near term as it trades at a premium to its average 2019 pre-pandemic forward price-to-earnings multiple.”

Boss noted that as businesses and offices re-open, the factors that helped shield Kohl’s from the recent retail industry pain include the company’s stock of athletic gear, more stocking of home goods, while off-mall locations of its stores could be less advantageous.

Overall, analysts are cautiously optimistic on the stock with a Moderate Buy consensus rating. That’s based on 6 analysts recommending a Buy, 4 analysts suggesting a Hold, and 1 analyst recommending a Sell. The average analyst price target of $49.30 implies 6.5% downside potential to current levels.

The post Kohl’s Activist Investors Seek To Take Control Of The Board - Report appeared first on TipRanks Financial Blog.

Related Topics:aggregatedUKpandemicvaccineCOVID-19Real Estate
Up Next

Luongo: Merkel’s War For Germany Is Nearly Over