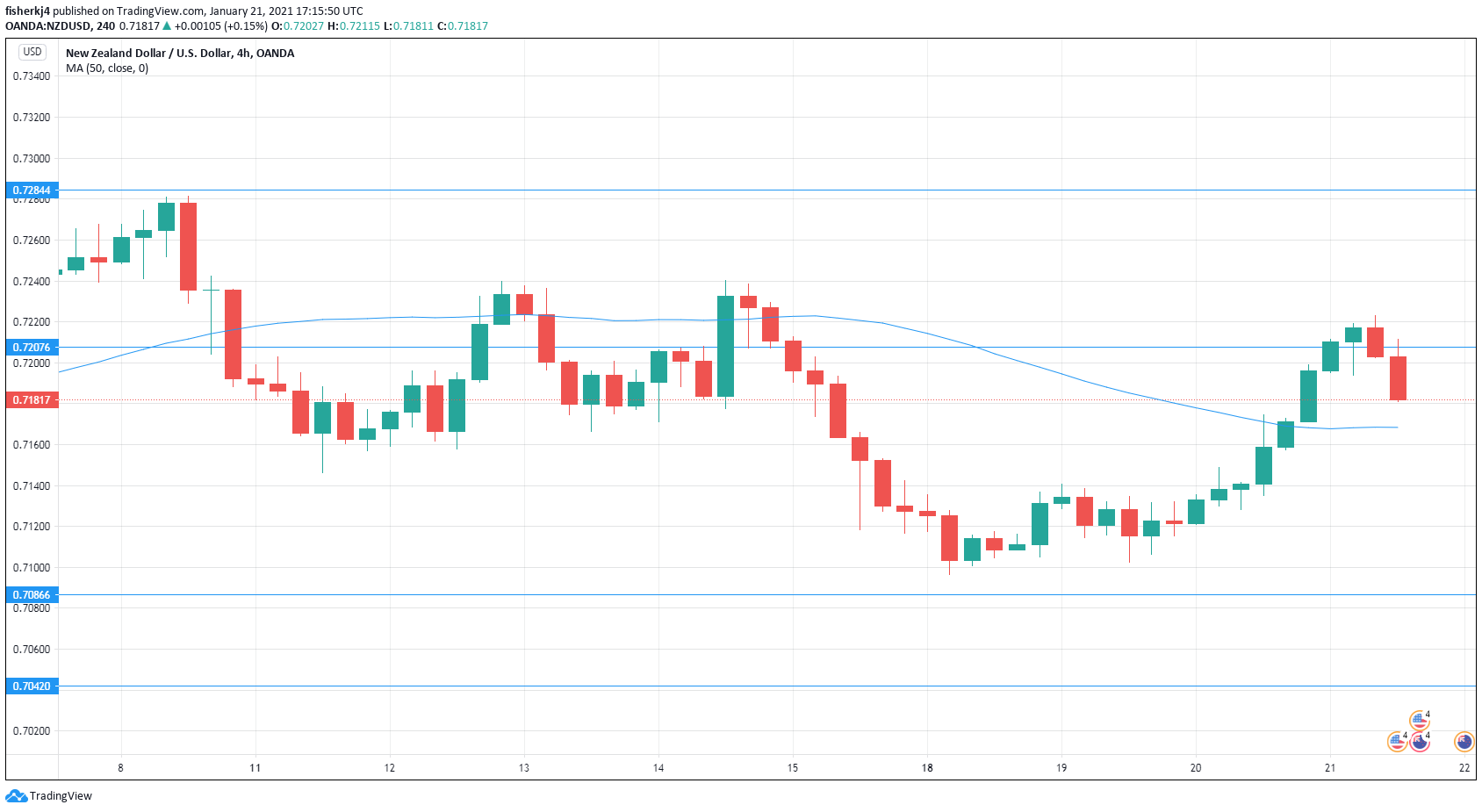 The New Zealand dollar continues to head higher this week. Currently, NZD/USD is trading at 0.7196, up 0.35% on the day and close to one percent on the week.

The US dollar had a dreadful 2020, and pro-cyclical currencies outperformed against the sagging greenback. In November and December, the New Zealand currency shot higher, climbing an impressive 8.7% during that time. However, the US dollar has looked healthier in the month of January and has held its own against the kiwi.

New Zealand has managed to keep a lid on the Covid-19 pandemic, taking advantage of its isolated location and island status. The country did experience a recession in 2020, but roared back with Q3 growth of 14.0%, above the estimate of 12.9 per cent. New Zealand has recovered more quickly than the RBNZ expected, to the extent that a recent report by Capital Economics, an economic research company, stated that the RBNZ could be the first major bank in the world to hike interest rates (albeit not until 2023). Just last year, at the height of the Covid-19 crisis, the RBNZ was making waves in the financial markets by announcing that it was contemplating the introduction of negative interest rates.

It has been a positive week for New Zealand numbers, which has helped boost the New Zealand dollar. The NZIER Business Confidence index pointed to improving confidence with a reading of -6 in the fourth quarter, up sharply from -40 beforehand. This was the strongest reading since 2017. This was followed by the GDT Price Index, an important gauge of commodity prices. The bi-monthly index came in at 4.8%, its strongest gain since July. The economy will face a major test later in the day, with the release of CPI (21:45 GMT). Inflation is expected to slow to just o.2% in Q4, compared to a robust clip of 0.8% in the third quarter.