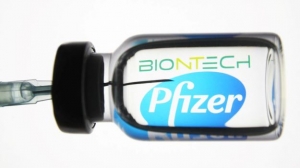 How Long Will COVID-19 Vaccines Be Effective? Six Months and Counting

An open question is how long the current COVID-19 vaccines will offer protection against the virus. Will they provide lifelong protection like some vaccines, such as polio, or seasonal, like influenza? It’s largely an open question simply because the vaccines haven’t been in existence long enough to give a definitive answer.

However, the current Phase III trial of the Pfizer–BioNTech COVID-19 vaccine has confirmed the protection remains high for at least six months after the second dose. In a statement, Pfizer and BioNTech reported the vaccine, BNT162b2, was 91.3% effective against the disease, measured seven days through up to six months after the second dose. More importantly, it was 100% effective against severe disease as defined by the U.S. Centers for Disease Control and Prevention (CDC) and 95.3% effective against severe COVID-19 as defined by the U.S. Food and Drug Administration (FDA).

“These data confirm the favorable efficacy and safety profile of our vaccine and position us to submit a Biologics License Application to the U.S. FDA,” said Albert Bourla, chairman and chief executive officer of Pfizer. “The high vaccine efficacy observed through up to six months following a second dose and against the variant prevalent in South Africa provides further confidence in our vaccine’s overall effectiveness.”

The data was based on an analysis of 46,307 trial participants. Out of the 927 confirmed symptomatic COVID-19 cases in the trial, 850 were in the placebo group and 77 were in the vaccine group, which provides a vaccine efficacy of 91.3%. Efficacy was consistent no matter the age, gender, race and ethnicity, as well as in people with various comorbidities.

Peter Hotez, a vaccine expert and dean of the school of tropical medicine at Baylor College of Medicine, told CNN, “The information coming from Pfizer-BioNTech is good news with evidence that those enrolled in the clinical trials last year are still protected. So we know that immunity will not be short-lived. Hopefully, the protection might last years, but we won’t know until we know.”

This hope is bolstered by a study out of Charité – Universitätsmedizin Berlin that suggests a yearly COVID-19 shot will probably be necessary for a few years after the pandemic is largely over, but may be unnecessary after a few years post-pandemic. The researchers compared the evolution of endemic common cold coronaviruses with influenza viruses. Influenza viruses make such rapid mutations that flu shots need to be updated every year. SARS-CoV-2 is not an influenza virus, but a coronavirus. The rise of more infectious SARS-CoV-2 variants has made it likely that at least for a few years, updates will be required. The investigators focused on the two longest-known coronaviruses, 229E and OC43, evaluating changes in the spike gene in samples collected over about 40 years. They published their research in the journal Virus Evolution.

Based on the mutations they observed and mapped and then compared these phylogenetic trees to that of H3N2, a well-known influenza subtype that is particularly good at evading the human immune response, they were able to calculate the likelihood of the SARS-CoV-2 mutating so fast and thoroughly that yearly shots would be required. They found that all three they compared had a pronounced ladder-like shape.

“An asymmetrical tree of this kind likely results from the repeated replacement of one circulating virus variant by another which carried a fitness advantage,” said Wendy K. Jo, first author of the study. “This is evidence of ‘antigenic drift,’ a continuous process involving changes to surface structures which enable viruses to evade the human immune response. It means that these endemic coronaviruses also evade the immune system, just like the influenza virus. However, one also has to look at the speed with which this evolutionary adaptation happens.”

Anthony Fauci, director of the National Institute of Allergy and Infectious Diseases (NIAID) also believes that the vaccines will probably protect for longer than six months. “They know at six months it’s clearly there,” he told CNN. “It more than likely will be even longer. Time will tell.”

Indeed. However, Scott Hensley, an immunologist at the University of Pennsylvania who has studied mRNA vaccines like Pfizer’s and Moderna’s, thinks the protection will likely last several years. “These mRNA vaccines – it really seems the level of antibodies they elicit are so high, they are persistent,” he told CNN. “And the combination of having very high levels of antibodies and persistent levels of protection are the recipe for a very long level of protection against these variants. I would not be surprised if this is a vaccine that we only get once.”