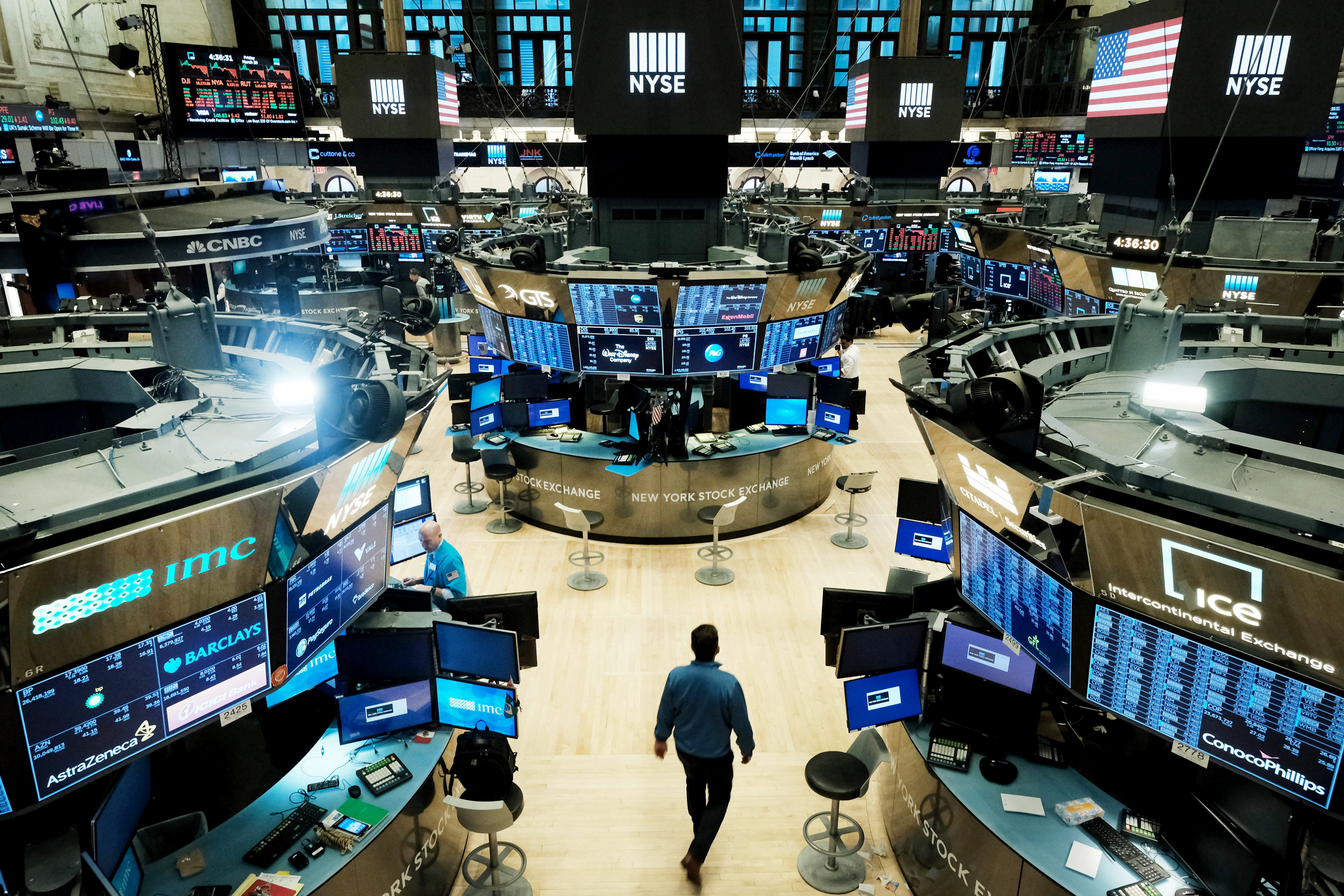 Disappointing quarterly reports from Snap and Intel put pressure on the S&P 500 and Nasdaq on Friday, but both indexes continue to trade in a bull market.

The U.S. economy remains stable, and according to research company Refinitiv, third-quarter S&P 500 earnings should show a 34.8% rise from a year ago, up from an expected 31.9% rise at the beginning of the week.

Fed Chair Jerome Powell said on Friday that the U.S. central bank is “on track” to begin reducing its purchases of assets and though monetary tightening is usually seen as a drag on stocks, some investors view the Fed’s stance as a vote of confidence for the U.S. economy.

Stocks are climbing to new highs, and anytime the market is trading at or near its all-time high, it is not unusual to see a little bit of more intraday volatility…and it should not concern investors.

Several FED officials also expressed concerns about high inflation which could force the U.S. central bank to raise rates sooner than anticipated. It is also important to say that the Initial Jobless Claims for the week ended October 15 fell to 290K, which is the lowest number since the pandemic began.

On the other side, supply chain issues represent a serious problem for the economy, but the pace of recovery is likely sufficient for Fed officials to follow through on plans to announce tapering at the November FOMC meeting.

The upcoming week will be a busy one; the U.S. will publish the preliminary estimate of Q3 Gross Domestic Product while the quarterly results of many big companies will take center stage.

The Dow Jones Industrial Average (DJIA) advanced 1.1% for the week and closed at 35,677 points.

DJIA continues to trade near record highs; still, if the price falls below 34,000 points, it would be a strong “sell” signal.

Nasdaq Composite up 1.3% on a weekly basis

Wall Street’s three main indexes had a third straight week of gains, and Fed Chair Jerome Powell said on Friday that the U.S. central bank is “on track” to begin reducing its purchases of assets. The upcoming week will be a busy one; the U.S. will publish the preliminary estimate of Q3 Gross Domestic Product while the quarterly results of many big companies will take center stage.

The post Dow Jones, the S&P 500, and Nasdaq price forecast ahead of a busy week appeared first on Invezz.

This Shows Why The Yuan Is Defying Economic Slowdown

Trending Penny Stocks to Buy Now? 5 to Watch This Week

FT-IGM US Macroeconomists Survey for December

The FT-IGM US Macroeconomists survey is out (it was conducted over the weekend). The results are summarized here, and an FT article here (gated). Here’s some of the results. For GDP, assuming Q4 is as predicted in the November Survey of Professional… 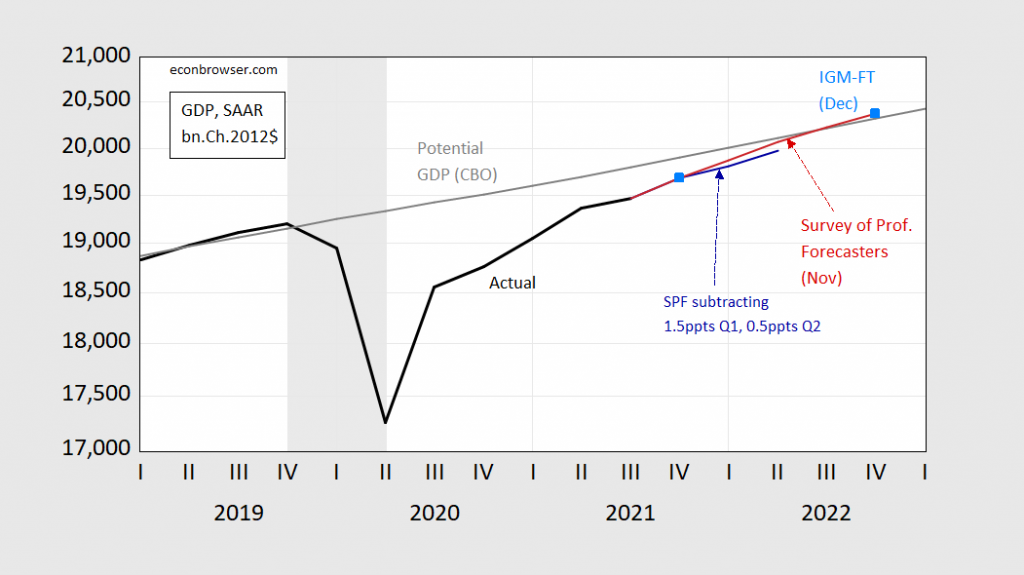 The FT-IGM US Macroeconomists survey is out (it was conducted over the weekend). The results are summarized here, and an FT article here (gated). Here’s some of the results.

For GDP, assuming Q4 is as predicted in the November Survey of Professional Forecasters, we have the following picture.

Interestingly, q4/q4 median forecasted growth equals that implied by the Survey of Professional Forecasters November survey (which was taken nearly a month before news of the omicron variant came out).

On unemployment, the median forecast is for a deceleration in recovery,

The survey respondents also think that the participation rate will take a long time to return to pre-pandemic levels.

On inflation, the median is higher than the November SPF mean estimate for 2022 of 2.3% (and Goldman Sachs’ current estimate).

The entire survey results are here.

Over 170 companies delisted from major U.S. stock exchanges in 12 months

Over the years, United States-based exchanges have remained an attractive destination for most companies aiming to go public. With businesses jostling to join the trading platforms, the exchanges have also delisted a significant number of companies…. 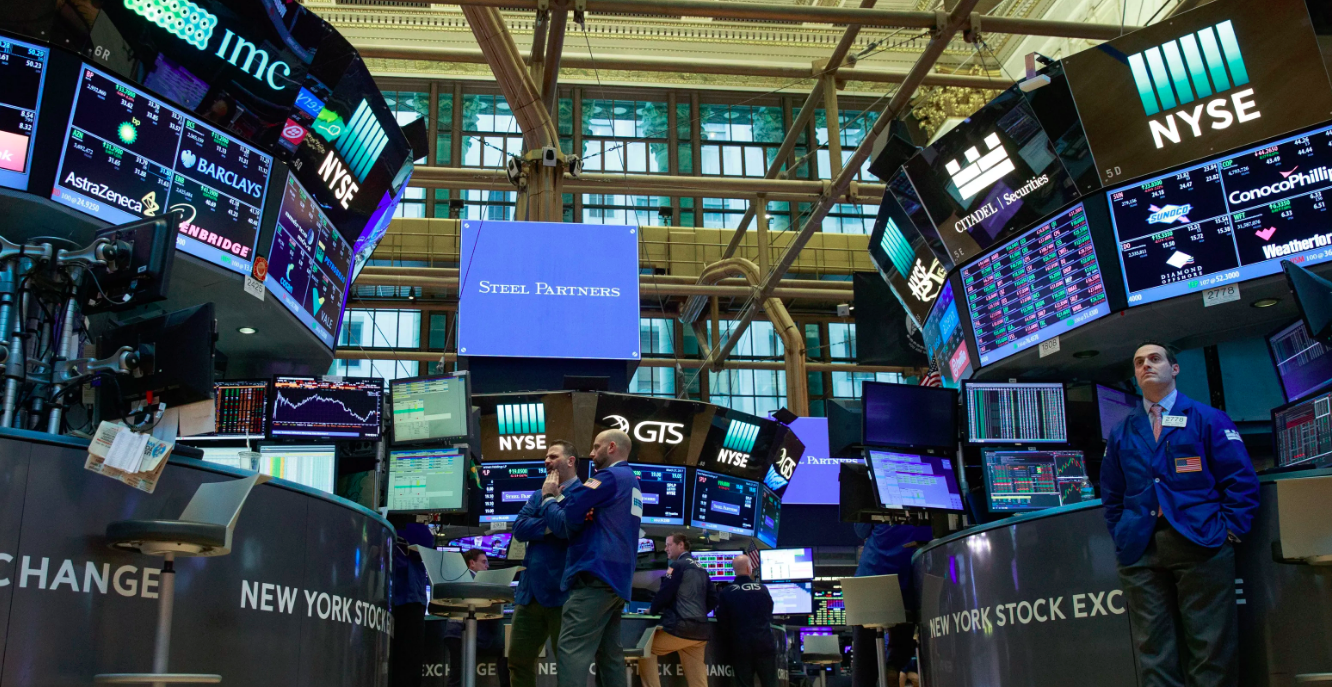 Over the years, United States-based exchanges have remained an attractive destination for most companies aiming to go public. With businesses jostling to join the trading platforms, the exchanges have also delisted a significant number of companies.

NYSE recorded the highest delisting with companies on the platform, dropping 15.28% year-over-year from 2,873 to 2,434. Elsewhere, Nasdaq listed companies grew 7.86% from 3,306 to 3,566. Data on the number of listed companies on NASDAQ and NYSE is provided by The World Federation of Exchanges.

The delisting of the companies is potentially guided by basic factors such as violating listing regulations and failing to meet minimum financial standards like the inability to maintain a minimum share price, financial ratios, and sales levels. Additionally, some companies might opt for voluntary delisting motivated by the desire to trade on other exchanges.

Furthermore, the delisting on U.S. major exchanges might be due to the emergence of new alternative markets, especially in Asia. China and Hong Kong markets have become more appealing, with regulators making local listings more attractive. Over the years, exchanges in the region have strived to emerge as key players amid dominance by U.S. equity markets. As per a previous report, the U.S. controls 56% of the global stock market value.

Worth noting is that the delisting of firms was initiated due to strict measures put in place by the Trump administration. The current administration has left the regulations in place while proposing additional regulations. For instance, a recent regulation update by the Securities Exchange Commission requiring US-listed Chinese companies to disclose their ownership structure has led to the exit of cab-hailing company Didi from the NYSE.

Impact of pandemic on the listing of companies

The delisting also comes in the wake of the Covid-19 pandemic that resulted in economic turmoil. With the shutdown of the economy, most companies entered into bankruptcies as the stock market crashed to historical lows.

Lower stock prices translate to less wealth for businesses, pension funds, and individual investors, and listed companies could not get the much-needed funding for their normal operations.

At the same time, the focus on more companies going public over the last year can be highlighted by firms on the Nasdaq exchange. Worth noting is that in 2020, there was tremendous growth in special purpose acquisition companies (SPACs), mainly driven by the impact of the coronavirus pandemic. With the uncertainty of raising money through the traditional means, SPACs found a perfect role to inject more funds into capital-starving companies to go public.

From the data, foreign companies listing in the United States have grown steadily, with the business aiming to leverage the benefits of operating in the country. Notably, listing on U.S. exchanges guarantees companies liquidity and high potential to raise capital. Furthermore, listing on either NYSE or Nasdaq comes with the needed credibility to attract more investors. The companies are generally viewed as a home for established, respected, and successful global companies.

In general, over the past year, factors like the pandemic have altered the face of stock exchanges to some point threatening the continued dominance of major U.S. exchanges. Tensions between the US and China are contributing to the crisis which will eventually impact the number of listed companies.

Dow futures edged up 0.02%, while contracts on the Nasdaq Composite inched up 0.10%…
The post Stock futures open flat as Omicron concerns ease first appeared on Trading and Investment News. 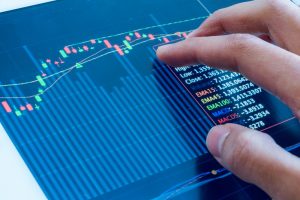 Dow futures edged up 0.02%, while contracts on the Nasdaq Composite inched up 0.10%

Stock futures opened relatively flat on Wednesday evening, though sustaining gains posted by a three-day recovery rally that was led by cooled investor concerns around the Omicron variant of the coronavirus.

The moves were supported by eased virus fears after Pfizer Inc. and BioNTech reported that early lab studies show a third dose of their coronavirus vaccine mitigates the Omicron variant.

The vaccine makers had indicated the initial two doses may not be enough to protect against infection from Omicron. Shares of Pfizer (PFE) traded 0.62% lower on Wednesday, closing at $51.40.

With virus concerns diminishing, investors are pivoting their attention back to economic data, awaiting Consumer Price Index (CPI) figures on Friday to assess the extent inflationary pressures will persist.

If the Omicron variant was to lead to a resurgence in goods spending at the expense of services or to further complicate supply disruptions, there could be a clear inflationary impact, too, HSBC economist James Pomeroy wrote earlier this week in a research note to clients.

He stated: The inflation news in the past few weeks has been decidedly mixed — with upside surprises in both the U.S. and eurozone being offset by the possibility of some of the supply chain issues starting to alleviate, while energy prices have fallen sharply in recent days.

HashiCorp IPO: What Investors Should Know About HCP Stock

Will US Inflation Continue To Accelerate?

Is anyone in Ottawa going to do anything about inflation?

DB: Is The World Learning To Live With The Virus?

Mainstream Economists Are Struggling To Hide The Incoming Economic Collapse