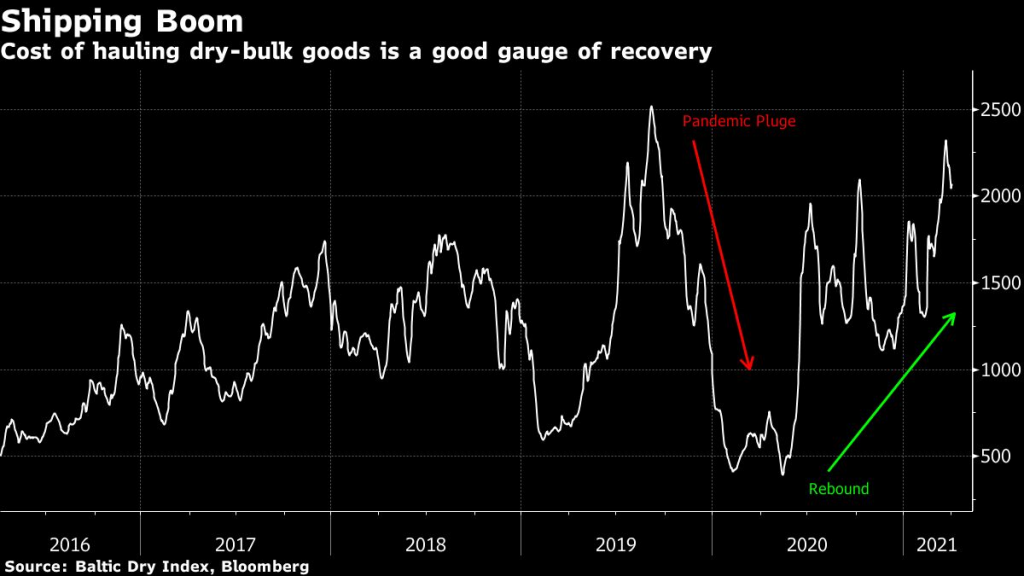 Iron ore prices rose on Wednesday, as record steel prices in China prompted investors to make tentative bets, despite production cuts in the country’s steelmaking hub that have clouded the demand outlook for the raw material.

According to Fastmarkets MB, benchmark 62% Fe fines imported into Northern China (CFR Qingdao) were changing hands for $173.63 a tonne, up 1.59% from the previous trade.

Chinese steel futures extended their rally in early trade to hit fresh peaks, boosted by strong domestic demand and concerns over output curbs in the world’s biggest producer and exporter of the construction and manufacturing material.

In China’s top steelmaking city of Tangshan, the government has downgraded several mills in the wake of a clampdown on the industry’s heavy polluters, effectively curbing their operations.

China fired up its steel mills well ahead of other countries, creating a massive difference between prices there and in North and South America. At the same time Americans and Europeans started buying up China-made goods online during the pandemic, snarling traffic for containers commonly used to ship steel products.

The result: things like hot-rolled coil are being loaded into bulk vessels to be shipped to the Americas, an operation that takes longer than loading the containers commonly used.

“The arbitrage between the Pacific and the Atlantic got to such a high level that it made sense to ship in bulk,” Cetinok said.

Rising demand has sent the cost of hauling dry goods soaring more than 50% this year.

Analysts say the rally isn’t over, with rates to carry unpacked commodities like iron ore and coal expected to remain high this year and possibly into 2022.

(With files from Bloomberg and Reuters)