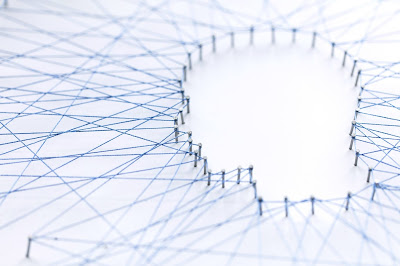 Overview:  Global stocks are moving higher today.  Fears of a new lockdown in Tokyo amid rising covid cases weighed on Japanese stocks, a notable exception as the MSCI Asia Pacific Index rose for its fifth session of the past six.  Europe's Dow Jones Stoxx 600 is edging to new record highs today and is advancing for its fifth session of the past seven.  US futures are trading higher, led by the NASDAQ, which settled weaker yesterday.  Bond markets are quiet.  The US 10-year yield is hovering around 1.65%.  Recall that it finished last week, after the jobs data in thin markets at 1.72%.  European yields are narrowly mixed.  The dollar is mostly softer against the majors in the foreign exchange market, but the euro and Norwegian krona are struggling to make any headway.  The Swedish krona, yen, and the Aussie and Kiwi are the strongest (~0.25%-0.35%).  JP Morgan's Emerging Market Currency Index is drifting a little lower for the second consecutive session after rising in the first two days of the week.  Gold is firm but is backing off from the two-week high set in late Asian turnover near $1747.75.  The $1750-$1755 area is seen as a formidable cap.  May WTI continues to trade within the range set at the start of the week ($57.6-$61.5). It has not traded above $60, and if this is sustained, it will be the first time in a month.

The economic consequences of the pandemic and policy responses have impacted trade in different ways.  In Japan's case, it has been helpful.  In the second half of last year, Japan recorded its largest trade surplus since the second half of 2010.  Today's February balance of payments figures continued to pattern and was stronger than expected. It rose to JPY2.9 trillion, nearly half again as high as forecast.  The trade surplus was about 10% stronger than expected at JPY524.2 bln.  Despite the trade surplus, it is a good reminder that the current account surplus is not driven by trade as much as earnings from investments (not only the return from portfolio investment but profits, royalties, licensing, etc.).  Separately, virus cases hit a two-month high in Tokyo, and Japan is behind Europe, for perspective, in the vaccine rollout, and the Olympics to begin in about 3.5 months.

Tensions around Taiwan have escalated.  China continues to harass Taiwan with air sorties, including 15 aircraft yesterday incursions into Taiwanese air space.  At the same time, China was engaged in naval exercises nearby with a carrier group.  Meanwhile, the US Theodore Roosevelt carrier strike group enters the South China Sea, and a Destroyer was in the East China Sea.  The US also sent a destroyer armed with guided missiles into the Straits of Taiwan.

The pullback in US yields has seen the dollar comes off against the yen.  Today, it set a new eight-day low near JPY109.45 and slipped below the 20-day moving average for the first time since February 23.  With today's loss, the greenback has retraced (61.8%) of the rally from the low near JPY108.40 seen in late February.  A break of the JPY109.30 area or a close below JPY109.50 would likely signal an extension of the pullback.  The Australian dollar is firmer but remains stuck in a roughly $0.7600-$0.7670 range.  It has not been above $0.7650 today. It probably requires a move above $0.7700 to boost confidence that the correction since late February is over.  The greenback continues to trade firmly against the Chinese yuan.  It edged higher for the second consecutive session and the sixth in the past eight.  A new and higher range maybe being probed.  The lower end of the range appears to be around CNY6.53, and the upper end around CNY6.58.  The PBOC set the dollar's reference rate at CNY6.5463, in line with expectations.

Germany's manufacturing sector is demonstrating resilience. The PMI rose to 66.6 in March from still strong 58.3 in December, last year's peak.  Recall it was at 43.7 at the end of 2019.  The 1.2% rise in February factory orders was in line with expectations and sits 5.6% above year-ago levels (work-day adjusted).  The January series was revised down to 0.8% from 1.4%.  Tomorrow, February industrial production figures are on tap, and a bounce back after the 2.5% decline in January is anticipated.   The Bundesbank warned that the economy is contracting in Q1, and the initial estimate of GDP is to be released at the end of the month.  Meanwhile, the EU says that it is not in negotiations with Russia to secure its vaccine.  Germany says it may buy it independently of the EU then if the European Medicines Agency approves. The rub results from tests and the like need to be shared, and Moscow seems hesitant.

German trade figures are due tomorrow as well.  France reported its figures today, and its trade balance continues to deteriorate.  The 5.25 bln euro deficit is the most in five months.  The average monthly deficit last year was 5.45 bln euros, and in 2019 the average was 4.89 bln euros.  It also reports industrial production figures tomorrow.  A strong January likely was followed by a milder February, partly due to the growing contagion.  Industrial output is expected to rise by around 0.5% after a 3.3% surge in January.  Manufacturing may hold in better and rise 1.0%.

After meeting the objective of a head and shoulders pattern above $1.19, the euro reversed course to make new lows after European markets closed yesterday.  A bearish shooting star candlestick was forged, but there has been no follow-through euro selling (yet) below $1.1860.  The 200-day moving average it breached briefly yesterday is near $1.1895 today.  It may take a break of $1.1845 to persuade others that a near-term euro high is in place.  Sterling has fallen out of favor, and some are attributing it to the problems associated with the Astra Zeneca vaccine.  Sterling stalled in the first part of the week near $1.3920 and today dipped below $1.3720, its lowest since March 31.  It found a bid in early European activity, and a move above $1.38 is needed to stabilize the tone.  After rising by about 1.7% in the past two days, the euro is consolidating against sterling today, and that may take some pressure off cable.

The US is pressing a two-prong case.  First, it threatens retaliatory tariffs on six countries (UK, Italy, Spain, Austria, Turkey, and India) to their internet tax.  The US is identifying goods that can slap a (~25%) tariff roughly equivalent to the sums raised by the internet tax.  Second is the international front.  The US wants an agreement on a minimum corporate tax as it proposes to unwind half of the 2017 corporate tax cut (from 35% to 21%).  Biden turns a necessity into a virtue, saying he is willing to negotiate the 28% proposed rate.  Opposition within the Democratic Party means the votes are not there.  The OECD will work on the minimum corporate tax, and it says it hopes for an agreement by midyear.  That would seem to be quite a feat.

An unintended consequence of a minimum corporate tax rate may be a boon for lawyers and accounts looking for carve-outs.  For example, during the campaign, Biden's minimum tax would be levied on businesses with income above $100 mln.  Now it is $2 bln.  Those subject to the tax would also get credits for certain desired activities (research, renewable energy, and affordable housing).  Only 180 US companies meet the new income threshold, and of them, the administration estimates that fewer than four dozen would pay the tax if implemented.  Of course, other businesses would be subject to higher tax on domestic and foreign incomes that are being proposed.

There was a new element in the FOMC minutes. It was about the plumbing. The Fed acknowledged the downward pressure on some money market rates and put the market on notice that it may act between meetings if necessary.  As the Treasury draws down its cash balances, pressure on very short-term interest rates has seen some rates.  The Fed funds rate has softened.  The general collateral rate (on Treasuries) has sometimes slipped below zero.  Other key rates, like the Secured Overnight Financing Rate (the replacement for LIBOR has been trading at a single basis point for several weeks, down from 9-11 basis points in early January. Shorted-dated bills flirt with negative rates. Many observers rightfully focus on the longer end of the curve. The minutes show that the Fed views the rise in long-term yields to reflect a wholesome and desired confidence in the future.  The more immediate problem is at the short end, and the Fed has two tools to put a floor under rates. Interest on reserves and the reverse repo rate.  With the expiration of the exemption on the supplemental leverage ratio (SLR), the Fed increased counterparty limits of its reverse repo operations.

There are three highlights of the North American session today.  First, weekly jobless claims unexpectedly rose in last week's report and are expected to fall back down below 700k.  Continuing state claims are trending lower, and outside the week at the end of last year and around Thanksgiving, they have been moving consistently lower.  Second, Fed Chair Powell is at the IMF meeting and participates in a panel discussion on the global economy near midday (ET).  Bullard and Kaplan speak as well today, but their views are well known.   Third, though it is the first in terms of time, Mexico reports its monthly and bi-weekly CPI.  Measured inflation is surging in Mexico.  The headline rate is expected to push well above 4%, the top of the central bank's 2%-4% range, while the bi-weekly rate may jump over 5%. Any hope that Banxico can cut rates, with AMLO appointments comprising a majority, has been dashed.

The US dollar is inside yesterday's range against the Canadian dollar, straddling the CAD1.26-level.  It appears to be pausing ahead of the CAD1.2650-area that had capped the greenback in the second half of last month as it recovered from the three-year low set in mid-March near CAD1.2365. The market may also be cautious about selling the Loonie aggressively ahead of tomorrow's employment data.  Although Ontario announced a new lockdown, the Bank of Canada appears to be growing more confident of a stronger economic recovery. A robust employment report could see the central bank adjust its forward guidance at this month's meeting.  The US dollar fell through support near MXN20.28, which now offers resistance.  It fell to a one-month low today, a little below MXN20.13.   The daily momentum indicators are stretched, but there is no sign yet of recovery or divergence.