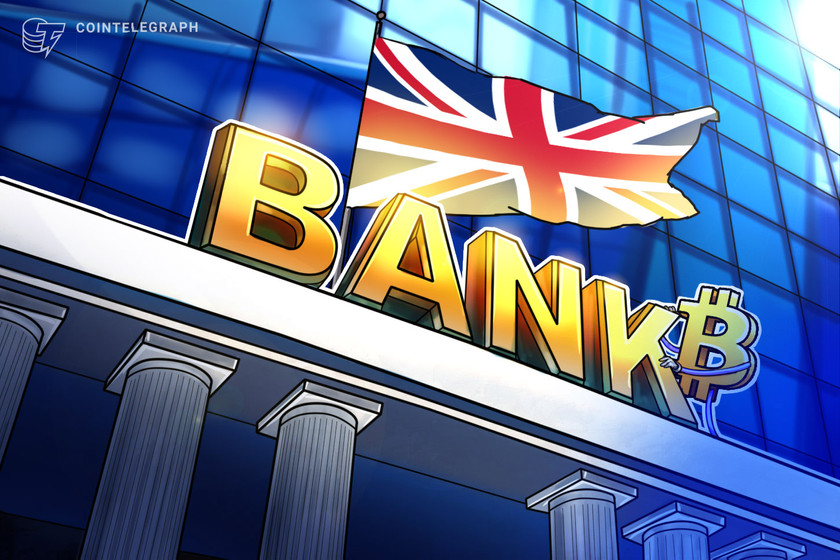 The BoE has recently taken greater steps toward the rollout of a central bank digital currency.

One crypto user is seemingly taking exception to current monetary policy from the Bank of England and expressing their frustration with a laser projector.

Reported by Twitter user Dominic Frisby, an unknown person projected “Bitcoin fixes this” and other messages on the exterior walls of both the BoE and the Parliament of the United Kingdom on Saturday. The message appeared underneath Big Ben as well as the front of the central bank surrounded by a red box with the artist’s hallmark, and the photo has already been turned into a nonfungible token.

OMG they did it on Parliament too pic.twitter.com/jijp6RutXj

Many financial institutions around the world have struggled to adapt amid restrictions and economic uncertainty brought on by the pandemic since March 2020. The BoE has since purchased billions in government bonds and corporate debt.

It’s unclear why the anonymous Bitcoiner chose to project the message at this particular time. The BoE recently listed seven job postings related to a central bank digital currency and will be establishing a task force to study its rollout in the U.K. market in collaboration with parliament. However, it seems that at least one person is dissatisfied with the direction of monetary policy in the United Kingdom.