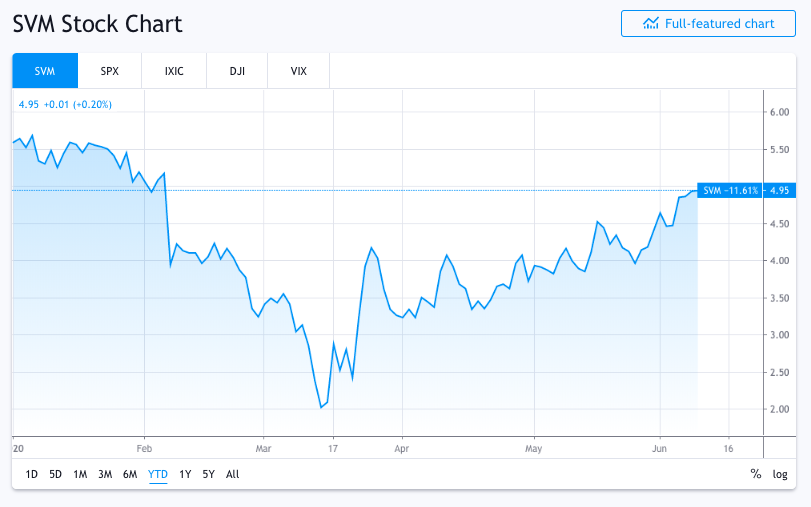 Gold may have been the hottest commodity in the first half of 2020, but now it’s silver’s time to shine. Among the stocks to watch are a handful of silver penny stocks with serious upside potential.

The price of silver continues to test the $18 level and could go much higher later this year. In fact, Scotiabank analysts see the silver price reaching as high as $23 in 2020.

“Silver remains very inexpensive vs gold, despite putting in 15% gains in 2019 as geopolitical uncertainty, growth fears and a dovish Fed pause boosted the appeal of precious as an asset class,” said Scotiabank’s Metals Strategist Nicky Shiels in the 2020 Precious Metals Outlook.

“Silvers 2019 gains, despite weak fundamentals, confirms that it is still a precious metal, and can play a role as a currency hedge or quality asset, as well as provide relatively cheap optionality on further gold upside.”

Silver has been trading at a steep discount compared to gold for quite some time. In fact, the gold-silver price ratio hit an all-time high of 127:1 in March.

The gold-silver ratio has since retreated back to 95:1, but this is still significantly higher than usual and could signal big things for the silver price in the months to come.

Investors who want to get in on silver should consider these three hot silver penny stocks to add some sparkle to their portfolios.

At the top of the list of hot silver penny stocks to buy is Silvercorp Metals, a Canadian mining company that produces silver, lead, and zinc in concentrates from mines in China.

While some miners have been forced to temporarily suspend operations due to the global pandemic, Silvercorp Metals has managed to ramp up its efforts. Not only did the company achieve its full-year production target, but it has also surpassed its fiscal 2020 guidance.

Silvercorp has also signed an agreement to acquire Guyana Goldfields Inc. (TSX:GUY) and its Aurora underground project in Guyana; however, several other companies are eyeing GUY, and the bidding war has begun to heat up.

The latest offer, which came from an unnamed mining company, represents a premium of about 35% to the implied value of the Silvercorp arrangement agreement, but otherwise is fairly similar.

In the last month, SVM stock has increased by 23.75% on the NYSE American to $4.95 after experiencing a low of $2.03 in March. According to analysts from BMO Capital Markets, the stock could reach $5.50 in the next 12 months.

Next on the list of hot silver penny stocks to buy in June is Endeavour Silver Corp, a mid-tier precious metals mining company that owns and operates three high-grade, underground, silver-gold mines in Mexico.

Last month, Endeavour Silver announced the discovery of a new area of high-grade mineralization within the Melladito vein at its Bolanitos mine in Mexico. A total of 14 holes were drilled, with eight of the holes intersecting high grades over mineable widths.

“Last year at Bolanitos, we were successful in outlining new resources in the San Miguel vein, now under development, and we expect to commence mining at San Miguel in Q3, 2020,” said Endeavour Silver CEO and director Bradford Cooke.

“This year, we are discovering new resources in the Melladito vein, which should allow us to develop and mine there next year, as the orebody is only 300 m from the La Luz Ramp and 300 m from the San Miguel ramp.”

Last but not least on the list of hot silver penny stocks to watch is Fortuna Silver Mines, a precious metal producer with the Caylloma silver mine in southern Peru, the San Jose silver-gold mine in Mexico, and the Lindero gold project, currently under construction, in Argentina.

Despite posting an adjusted net loss of $2.2 million in Q1 2020 due to a temporary suspension at its San Jose mine in Mexico, Fortuna Silver saw a six-fold increase in its free cash flow to $14.2 million.

Fortuna Silver Mines has since resumed operations at its San Jose mine and also recently closed a $69 million bought deal equity financing.

Silver prices have been hovering around the $17.50 mark for quite some time, but analysts see it going much higher later this year.

As the gold-silver price ratio closes, more investors are turning to silver as a hedge against lowered interest rates, increased market uncertainty, and the prospect of rising inflation due to unprecedented monetary stimulus.

If you haven’t already added silver to your portfolio, the aforementioned silver penny stocks are a great place to start.

Are there any silver stocks on your radar? Let us know in the comments!